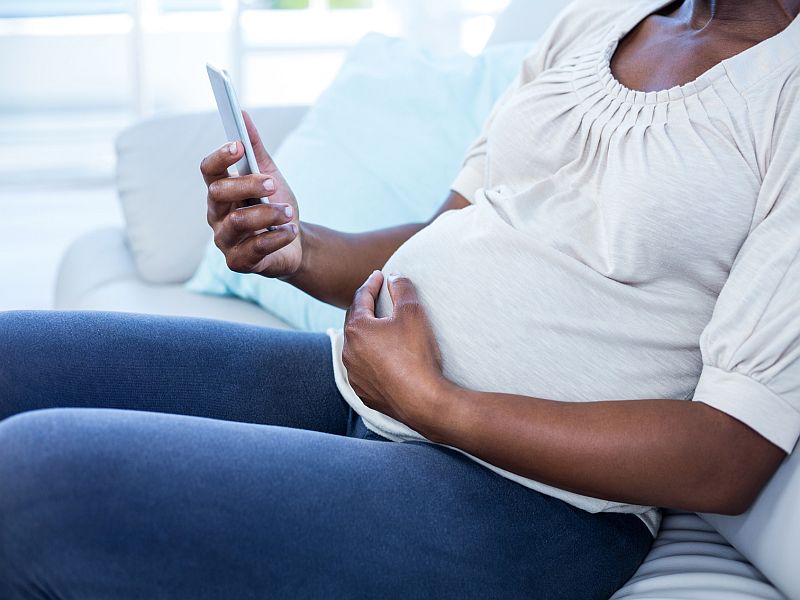 Pregnant women exposed to high levels of radiation from cellphones, microwaves and Wi-Fi may be increasing their baby's risk for attention deficit hyperactivity disorder (ADHD), a new study suggests.

Called MF (magnetic fields) nonionizing radiation, these waves are in the air all around people. They also come from cellphone towers, high-tension electrical wires, electric appliances, wireless devices and Bluetooth signals. Exposure to MF nonionizing radiation has already been linked to cancer risk and other medical conditions in some previous studies.

"Pregnant women who are concerned about MF impact on the health of their fetuses and offspring should reduce MF exposure during pregnancy as much as they can," said lead researcher Dr. De-Kun Li, a senior research scientist at Kaiser Foundation Research Institute in Oakland, Calif.

"In this case, remember 'distance is your friend,' keeping distance from the MF-generating sources," he said.

But one expert said the findings are far from definitive.

Li's team found that children of mothers who were exposed to high levels of MF during pregnancy had more than twice the risk of ADHD, compared with children whose mothers were exposed to lower MF levels during pregnancy. The association was stronger for more severe ADHD cases and for those with other immune problems such as asthma and atopic dermatitis, the researchers found.

"We actually measured MF levels with a measuring device during pregnancy, rather than guessing, like in all the previous studies," Li explained. "Thus, our MF exposure was more accurately measured."

The amount of radiation that is dangerous starts at 1.3 milligrays. But because most people can't judge their exposure, Li suggests knowing the source of MF is more important, so you can keep your distance.

"This finding is significant because MF exposure has been shown in many previous studies to have a biological effect on the immune system," Li said. "Thus, the finding that MF exposure specifically increases the risk of immune-related ADHD provides additional evidence that the association is likely genuine."

The report was published online March 24 in the journal JAMA Network Open.

Given that everyone is exposed to MF nonionizing radiation to varying degrees and the exposure intensity is likely to increase with constant additions of MF-generating devices, the potential health impact shouldn't be dismissed, Li said.

"The ever-increasing MF exposure during the last several decades may well contribute to the increases in several diseases -- ADHD, autism and colon cancer in young adults, for which we have no clues why they are increasing," he said.

But Dr. Saima Aftab, medical director of the Fetal Care Center at Nicklaus Children's Hospital in Miami, said the study raises more questions than it answers.

MF may affect the developing brain of the fetus as can diet and other environmental exposures, she said. But a lot more needs to be known before MF is proven to cause ADHD.

Aftab is also concerned that these data may panic pregnant women unnecessarily.

"Just giving women information that this could cause ADHD, and raising the alarm without any good solutions or strong reasons to say that we know for a fact that this is cause and effect isn't wise," she said.

"You have to be very careful in terms of the degree of concern we raise, because practically it will be very hard for mothers to live a life and figure out how to measure MF, and live a life without those tools that are useful and can be lifesaving. This is for the scientists to continue to figure out," Aftab said.

For more on MF nonionizing radiation, head to the World Health Organization.