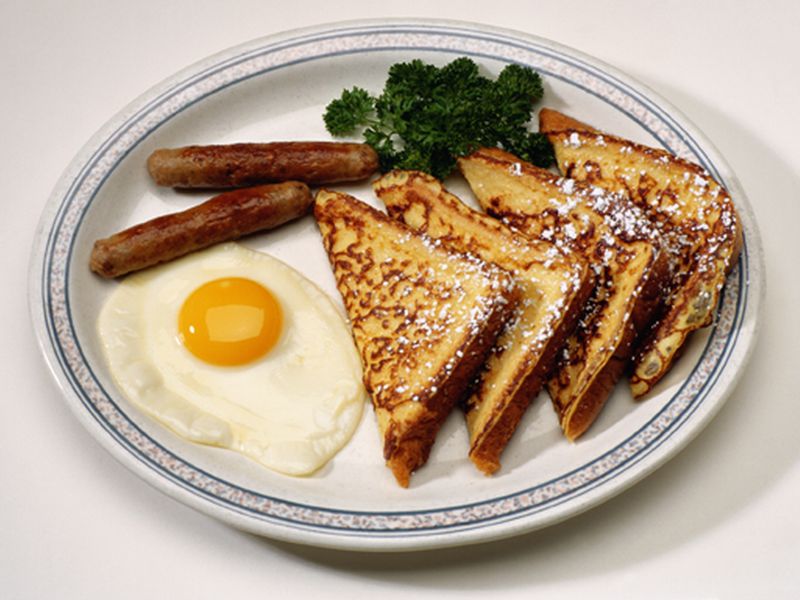 Big Breakfast May Be the Most Slimming Meal of the Day

Starting the day with a big breakfast and keeping dinner light may help you burn more calories and keep you trimmer, new research suggests.

Eating this way may also keep your blood sugar levels from going too high, the small study found.

"Extensive breakfasting should be preferred over large dinner meals," said study lead author Juliane Richter, of the University of Lubeck's Center of Brain, Behavior and Metabolism in Germany.

"This recommendation can be applied to healthy people to prevent metabolic diseases [such as diabetes], as well as to patients with overweight and obesity to reduce body weight," she added.

How could eating breakfast improve your weight and blood sugar levels?

Richter said the reason isn't clear yet and more study is needed. But it appears that digestion and metabolism keep pace with the body's internal clock, she said.

Another reason may be that if you don't eat enough earlier, you'll be more hungry throughout the day, Richter said. That could lead to overeating, or to eating the wrong kinds of foods later in the day. She also noted more calories are burned in the morning, so it just makes sense to eat more when calorie-burning is at its peak.

But not everyone is convinced that a big breakfast is a must.

Samantha Heller, a dietitian with NYU Langone Health in New York City, reviewed the findings and pointed out that this was a small study -- with just 16 volunteers -- and it was short. She said the findings may not be generalizable to other groups of people.

"The results of a three-day study do not indicate what may happen physiologically over the long term, years or decades down the road," Heller said.

She explained that other studies on eating breakfast have had varying results.

"Some people do not like big breakfasts, others do. This does not seem to be a deal breaker in the risk or management of obesity and the health conditions associated with it," Heller said.

"That said, eating a lighter dinner and closing the kitchen after dinner seems to be good practical advice for many of us," she added.

During the study, volunteers stayed in the lab, and were asked to keep fixed sleep schedules.

"Our results show that a meal eaten for breakfast, regardless of whether it contains many or few calories, induces twice as high diet-induced thermogenesis [energy burning] as the same meal eaten for dinner," Richter said.

People who had a light breakfast reported being hungrier throughout the day. They also seemed to crave sweets more, the study found.

Richter said it's still important to pay attention to your body signals, however. "If you are not that hungry right after getting up, you should breakfast later in the morning, eat something you like and take time to enjoy," she said.

The study findings were published online Feb. 19 in the Journal of Clinical Endocrinology & Metabolism.

Read more on the debate over whether you need breakfast to lose weight at Harvard Medical School.