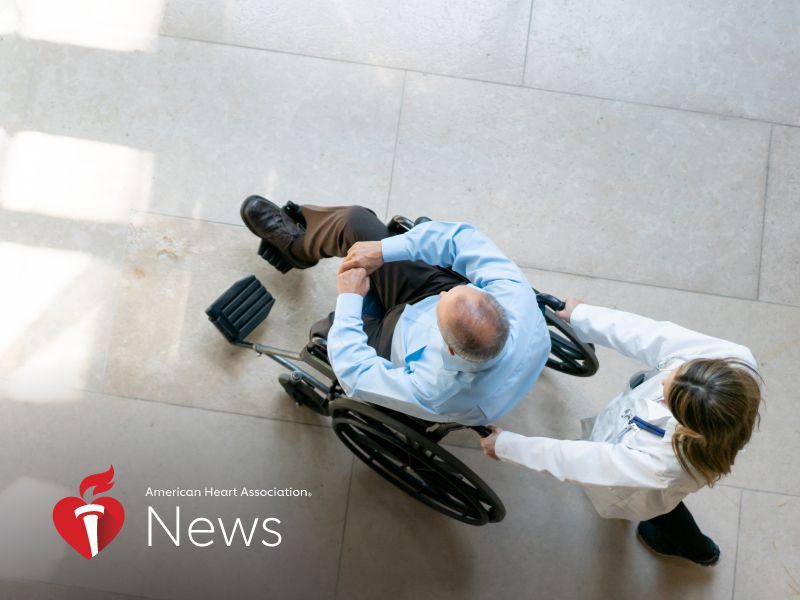 Emerging research may help doctors devise better ways to prevent some of the tens of thousands of amputations unrelated to traumatic injury that occur in the U.S. each year.

Diabetes is the leading cause of nontraumatic lower limb amputations, including of the toe and foot. That's partly because diabetes increases risk of peripheral artery disease, or PAD, a narrowing of major blood vessels in the legs and other areas distant from the heart.

But research emphasizes another problem in the mix - microvascular disease, impairment of the tiniest blood vessels, which deliver oxygen and nutrients to tissue. Microvascular disease can damage the eyes (retinopathy), the kidneys (nephropathy) and the nerves (neuropathy).

Instead of viewing these as separate conditions, researchers suggest in a new review article that they be considered a potential systemic, or body-wide, dysfunction. The article appeared Thursday in the American Heart Association journal Arteriosclerosis, Thrombosis, and Vascular Biology.

Diabetes, along with high blood pressure, can cause large blood vessels to thicken, narrowing their interior, and small vessels to shrivel or disappear, said Dr. Joshua Beckman, director of vascular medicine at Vanderbilt University Medical Center in Nashville, Tennessee. When blood flow is inadequate, parts of the foot might not be able to heal an injury or parts of the leg may not survive, he said. If the problem can't be addressed by careful wound care, or with surgical bypass or angioplasty and possibly stenting, amputation may follow.

By 2050, an estimated 2.2 million people will be living with limb loss due to blood vessel impairment. Last summer in the journal Circulation, scientists including Beckman reported that among a population of veterans, risk of amputation was 3.7 times higher if microvascular disease was present, and 14 times higher if peripheral artery disease had been diagnosed. If a patient had both, risk was 22.7 times higher than in patients without the conditions. The AHA Strategically Focused Research Network in Vascular Disease supported the study.

"Clearly the trunk is essential, but also the small branches are necessary and integral to the tree," said Gerhard-Herman, who was not involved in the recent research. "There is higher likelihood of limb loss when the conduit artery to the limb and the small arteries directly supplying the limb tissue are both compromised."

Understanding microvascular disease as an independent contributor to amputations might help explain why they occur even in patients who had successful surgery to improve blood flow, the researchers wrote.

Other research priorities include genetic studies to learn who is at risk and, physiologically, why. Beckman said his team is surveying details in medical and genetic records to try to create a risk score to predict which patients are most likely to need an amputation.

Meanwhile, focusing on intensive foot care should be a top priority, with doctors checking the feet of at-risk patients at every office visit, he said. "I would suggest that patients examine their own feet every day, wear protective footwear at home, and see a podiatrist for nail care in the setting of PAD or microvascular disease."

In turn, those patients should ask whether they are getting the most effective medicines, he said, and tell their doctor if they have peripheral artery disease symptoms such as burning, aching or other leg discomfort.

Gerhard-Herman advises minimizing microvessel narrowing by staying warm and avoiding substances that constrict blood vessels, such as coffee and cigarettes. Also, walking as much as possible will improve the legs' supply of nutrients, she said.

For patients over age 65, supervised exercise therapy is covered by Medicare, Beckman said. "The best treatment we have right now to regrow microvessels is exercise."