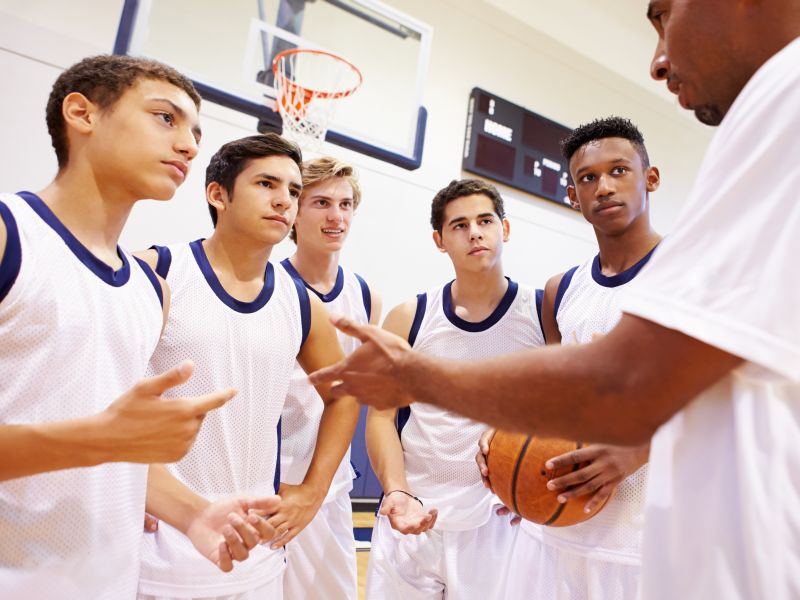 So-called "locker-room talk" among boys can actually be used to promote respect toward girls, a new study reports.

Teenage boys are less likely to be abusive or sexually violent in a relationship after they've taken part in Coaching Boys Into Men, a prevention program delivered by athletic coaches as part of sports training, according to research results.

They're also more likely to step in if they see someone being disrespectful toward others, researchers found.

The program was developed in the mid-2000s with the nonprofit group Futures Without Violence, said Miller, professor at the University of Pittsburgh School of Medicine and director of adolescent and young adult medicine at UPMC Children's Hospital of Pittsburgh. This is the latest clinical trial evidence to show the program's effectiveness in preventing abuse and sexism.

In the program, coaches complete one "training card" a week with their team for three months.

The cards offer a scripted discussion that runs about 15 minutes, touching on topics such as disrespectful and harmful behaviors among peers, myths glorifying male sexual aggression, and positive ways to intercede when witnessing aggressive behavior toward girls.

"Kids are already ready to do what their coach says," said Kathryn Laughon, an associate professor at the University of Virginia School of Nursing. "A coach is often an authority figure and has true respect and is really creating a little community in a way that has historically been toxic. This helps take that energy and turn it into something positive."

In 2018 alone, the program enlisted 283 coaches. Those coaches talked with more than 1,800 athletes on 63 teams in 31 schools and three community programs in southwestern Pennsylvania, researchers said.

This study involved 973 male athletes in 41 middle schools in Pennsylvania. Half the schools were randomly selected to participate in the program. The study ran between spring 2015 and fall 2017, including one sports season and a year of follow-up.

By the end of the sports season, boys in the program were 50% more likely to intervene if they saw a peer being disrespectful toward others, researchers found.

This effect persisted through the following year. Male athletes were more than twice as likely to report positive bystander behaviors a year after the program's conclusion than male athletes at schools that did not participate in the program.

Athletes also were more likely to recognize abusive behaviors and better understand their own attitudes related to gender equity -- the idea that boys and girls deserve equal opportunities and respect, the authors said.

About two-thirds of the group had ever dated. Among those, the boys who took part in the program had 76% lower odds of abuse or sexual violence involving their dates, compared with those who didn't participate.

The findings were published Jan. 13 in JAMA Pediatrics.

"I think the main takeaways are that violence against women and girls can be prevented, and a straightforward program like Coaching Boys Into Men is not only effective for both middle school and high school male athletes, it can be scaled up and implemented broadly," Miller said.

Laughon, who co-authored an editorial with the study, said it was great that the research specifically evaluated the boys' own self-reported actions toward and in defense of girls.

"A lot of studies look at intentions and attitudes. This is actually getting to the heart of the thing that really matters," she said.

For this to make a broader difference, Laughon said, it would be great to have institutional buy-in from school boards and athletic directors that would require all coaches to participate.

"It would be tremendous if school districts would take this on at the district level, and not put it on individual coaches to make the decision whether to do it or not," Laughon said. "That's how change occurs."

Futures Without Violence has more about the program Coaching Boys Into Men.