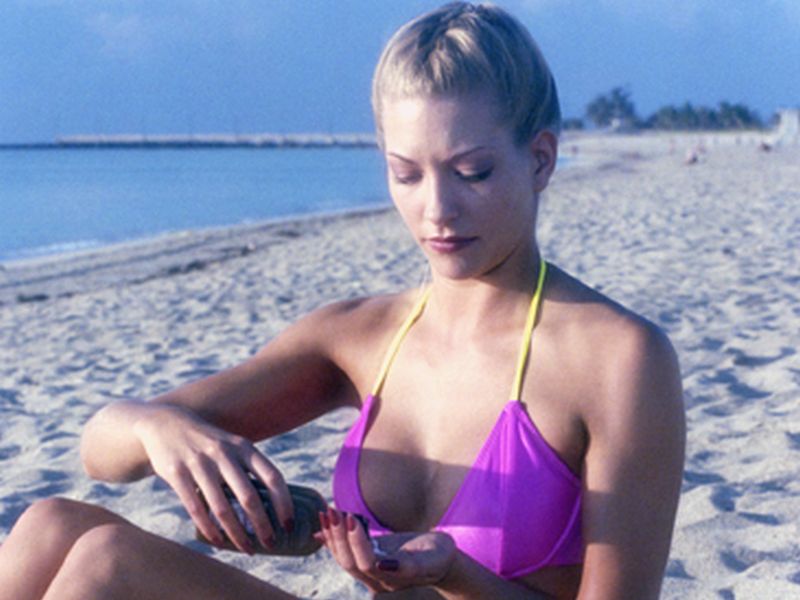 Is the sunscreen you slather on your body marketed as safe for coral reefs? New research suggests those claims may not be entirely true.

Trace metals and other compounds in many sunscreens have unknown effects on marine ecology, say researchers studying Mediterranean waters.

Previous studies have shown that ultraviolet-screening ingredients in sunscreens can harm coral and other marine life when the sunscreens wash off bathers' bodies.

That's led to the development of "coral-safe" sunscreens that don't contain oxybenzone and octinoxate, the two sunscreen ingredients most widely linked to coral reef damage.

However, the impact other trace compounds in sunscreens might have on marine ecosystems remains unclear, explains study author Araceli Rodriguez-Romero, a chemist at the University of Cantabria in Spain.

In this study, the researchers wanted to find out how quickly sunscreen releases trace metals and nutrients into seawater, and how this could affect overall levels of the compounds in coastal waters.

They added sunscreen containing titanium dioxide to samples of Mediterranean seawater. (Titanium dioxide, a mineral sunscreen, is often used in place of oxybenzone and octinoxate.) The researchers found that some compounds were released into the water more quickly after UV treatment, which simulated sun exposure.

Aluminum, silica and phosphorous had the highest rates of release into the water in both light and dark conditions.

Using the data from their tests, the researchers created a model that predicts the release of compounds from sunscreen under different conditions. Based on the model, the researchers estimated that on a typical summer day at the beach, sunscreen from beachgoers could increase the concentration of aluminum in coastal waters by 4%, and of titanium by nearly 20%.

The study was published in the journal Environmental Science & Technology.

These metals and nutrients are normally present at very low amounts in seawater. Further research is needed to determine the effects higher levels could have on marine ecosystems, the authors said in a journal news release.

The U.S. National Ocean Service has more on sunscreen and corals.