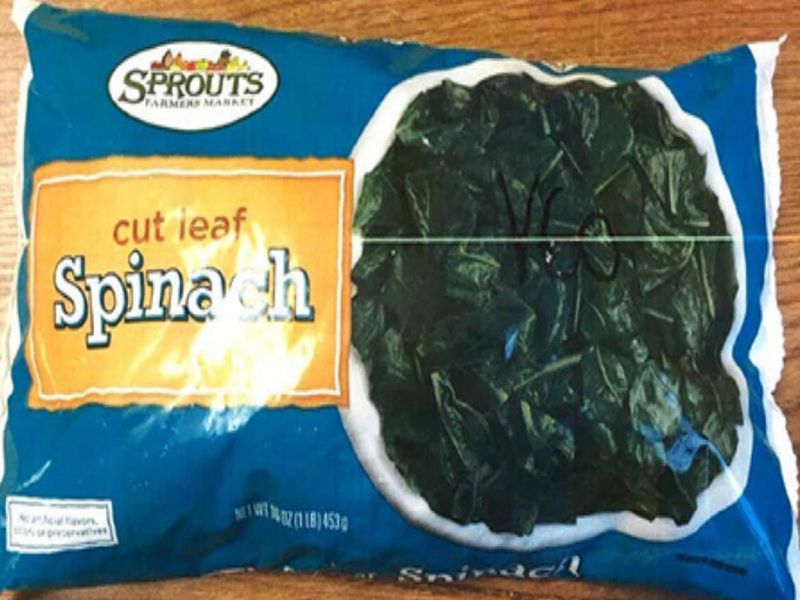 Although illnesses have not yet been reported, the Sprouts Farmers Market chain says it is recalling frozen spinach sold nationwide, due to potential contamination with the listeria germ.

The recall involves Frozen Cut Leaf Spinach, in both conventional and organic 16-ounce bags, made by National Frozen Foods of Oregon. Sprouts announced the recall Friday in a company news release.

"The recall is due to random sampling which revealed the finished products contained the bacteria," the company said.

"Sprouts Farmers Market has removed all affected product from its retail stores," the announcement said, and "Sprouts is conducting an internal investigation with National Frozen Foods to ensure all food safety standards are being met and enforced."

Infection with the Listeria monocytogenes bacterium can be serious, especially for infants and small children, the elderly and people with compromised immune systems.

"Although healthy individuals may suffer only short-term symptoms such as high fever, severe headache, stiffness, nausea, abdominal pain and diarrhea, Listeria infection can cause miscarriages and stillbirths among pregnant women," the company noted.

Two products are under recall:

If you find that you've purchased one of the recalled products, toss it out or return it to the Sprouts store for a full refund, the company said. Call Sprouts at (888) 577-7688 between 8 a.m. and 5 p.m. PST for further information.

The U.S. Food and Drug Administration explains how to keep listeria out of your kitchen.