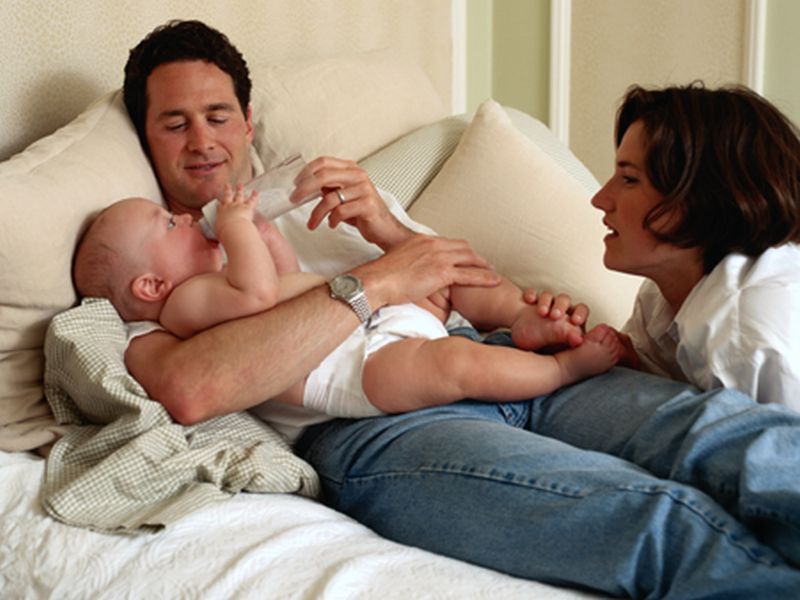 A face-lift for Father's Day, anyone?

It could happen: A new report finds many more men are taking advantage of the same plastic surgeries that have long been associated with women.

The midlife decision by men to try a face-lift or other procedure has been nicknamed the "Daddy-Do-Over" -- referencing the "Mommy Makeover" for women.

Whatever it's called, "men are embracing the idea of surgery more than before," said Dr. Alan Matarasso, president of the American Society of Plastic Surgeons (ASPS).

He stressed that the average man approaching or in middle age might have different reasons for wanting a nip or a tuck, compared to his female peers.

"Obviously, men don't go through the same physical changes that women experience during pregnancy and post-pregnancy, but their lifestyle does change, which can impact their appearance," Matarasso said in a society news release.

"Diet and exercise patterns fluctuate, and they don't sleep as much," he added. "Men notice their body changes due to aging and parenting, and it starts to look completely different in their 30s and 40s. That is the point of a Daddy-Do-Over."

Like women, men are typically getting body contouring and facial procedures to enhance their physique and keep the dreaded "dad bod" at bay. The most popular procedure for men was rhinoplasty -- a "nose job" -- with 52,000 of the procedures performed on men in 2018, the ASPS said. That was followed by eyelid surgery, liposuction, breast reductions (24,000 cases) and hair transplants.

Botox injections are also popular with men, with nearly half a million procedures performed last year. Another 100,000 "filler" procedures were performed on men in 2018, the ASPS said.

One case in point is 57-year-old Scott, a restaurateur in New York City who said he couldn't get rid of his spare tire.

"I realized I was never going to lose the weight on my own," he said in the news release. "Plastic surgery is a personal decision, but I know guys my age who have done different cosmetic procedures. I think an open dialogue about plastic surgery is becoming more acceptable, especially for men."

Men are increasingly getting plastic surgery to help them advance their careers and compete in the workplace, Matarasso said.

Dennis, 59, is a creative director working in the New York City fashion industry. He was lean and fit, but still struggled with fat accumulating in certain areas.

"I've been in fashion my entire career, and it makes me feel good when I walk in the room and I don't feel as if I look 60 in a room of 25- to 30-year-olds," Dennis said in the news release. "I always carried weight in my neck and chin, and my droopy eyelids made me look more tired than I actually was."

He underwent an eye lift and chin surgery and says he's "gained unexpected confidence from the small changes."

Of course every surgery comes with risks, plastic surgery included, so Matarasso stressed that men consult at length with an accredited, experienced surgeon to maximize safety.

For more about cosmetic surgery for men, visit the American Society of Plastic Surgeons.