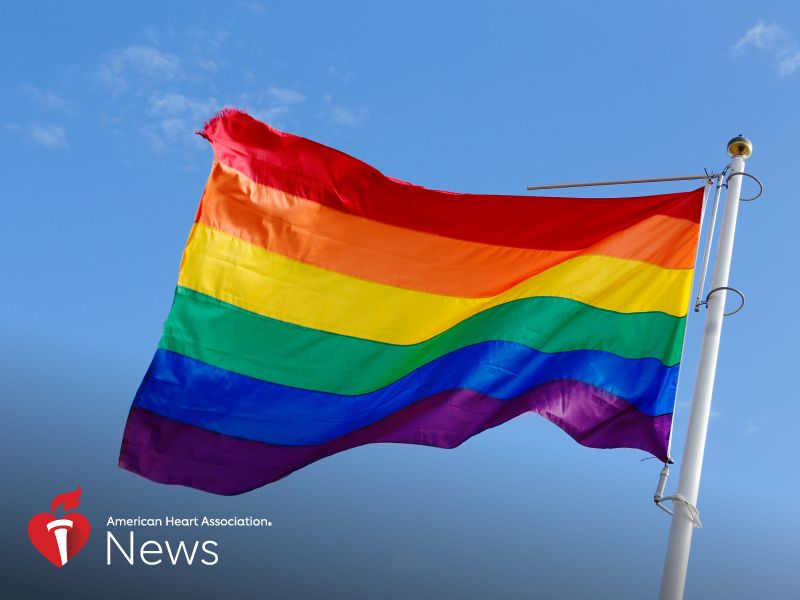 In recent years, medical experts have been awakening to the specialized needs of LGBTQ people. But one of the most significant barriers to their care can sometimes be right in their doctor's office.

"One of the worst things is actually just anticipating having to explain yourself," said Green, 70, who began his medical transition from female to male in 1988. "It causes tremendous stress and anxiety to think about being thrown out of a doctor's office or being laughed at or being treated insensitively to the point of feeling abused."

Green, who lives in Vancouver, Washington, and is a former president of the World Professional Association for Transgender Health, has dealt with a doctor so hostile he refused to look Green in the eye.

And although he's been able to find good doctors, too, he knows the affronts other transgender people have endured.

Discrimination is not limited to transgender patients. Gay, lesbian, bisexual and other sexual or gender minority people encounter doctors who are ill-informed, ask inappropriate questions or refuse to treat them.

"We hear stories very frequently from people going into a provider's office and having an inappropriate encounter," said Dr. Mitchell Lunn, co-director of The PRIDE Study, the first long-term national health study of people of all LGBTQ identities, for which Green is a volunteer ambassador.

Green gives the example of health care workers who refuse to call people by their preferred name. Lunn has heard of a transgender person with a respiratory complaint being subjected to an unnecessary genital exam while trainees observed.

Surveys show how widespread such discrimination can be.

Lunn, an assistant professor of medicine in nephrology at Stanford University in California, cited the 2015 U.S. Transgender Survey, which found a third of transgender people who saw a health care provider in the prior year had at least one negative experience, such as being verbally harassed or refused treatment.

A 2014 report by the advocacy group Lambda Legal found more than half of lesbian, gay or bisexual survey respondents and 70% of transgender people had experienced discrimination while seeking health care.

The consequences can be life-threatening. "If you're never showing up to a provider's office because you're discriminated against every time you go there, then that hypertension that you have might never be diagnosed, even though you got it when you were 35," Lunn said. "And then you have a heart attack or stroke at 65 or 55." Or someone might skip a screening that would have detected cancer.

That's a lot of people, said Dr. M. Brett Cooper, an assistant professor of pediatrics at UT Southwestern Medical Center in Dallas, but the problems they encounter are not widely discussed by the general public.

People who haven't been discriminated against say, "'I can't believe this would happen!'" said Cooper, who is co-chair for the Society for Adolescent Health and Medicine's special interest group on LGBTQ health. "Well, it does. And it's not just in the small towns. It happens in Dallas. It happens in New York City. It happens all over."

Cooper, who led a 2018 study that showed the benefits of exposing medical students to a lecture on LGBTQ topics, said better education could help.

"It's really just trying to educate people that, when you ask questions, for example, about husbands or wives or partners, or if you need to ask about certain private body areas, that you don't make assumptions about what that person has, and you either leave it open-ended or give that person multiple options."

Cooper said there has been a dearth of research on LGBTQ topics -- something The PRIDE Study seeks to address. It's a long-term effort that so far has collected data from 13,800 people.

"We have something like 10 to 12 papers that are somewhere in the pipeline right now, from being written to under review," Lunn said.

Some are asking basic questions about the ways people identify their sexuality. Others are looking at possible links between migraine headaches and the trauma of being stigmatized; or the differences in substance abuse based on identity; or a skin cancer study focused on gay men, who are six times more likely than straight men to use tanning beds.

In the end, Cooper hopes everyone can get the informed, sensitive care they are entitled to, from any doctor, anywhere. "LGBT folks want to be treated in the office just like any other patient that would walk through the doors."