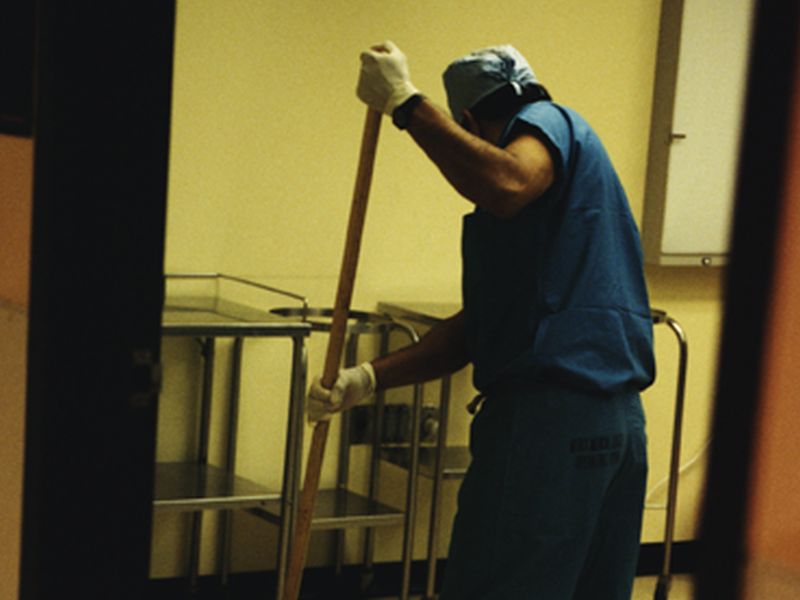 'Superbugs' Hang Out on Hospital Patients

If you weren't already worried enough about what germs lurk in hospitals, a new study shows 'superbugs' are common on patients and the things they touch.

Even worse, these bacteria are resistant to multiple antibiotics, the researchers added.

"Hand hygiene narrative has largely focused on physicians, nurses and other frontline staff, and all the policies and performance measurements have centered on them, and rightfully so," said study leader Dr. Lona Mody. She is a geriatrician, epidemiologist and patient safety researcher at the University of Michigan, in Ann Arbor.

"But our findings make an argument for addressing transmission of [superbugs] in a way that involves patients, too," Mody added in a university news release.

In the study, researchers tested 399 hospital patients and found that 14% had superbugs on their hands or nostrils right after admission. Superbugs were also found on items commonly touched by patients, such as the nurse call button, in nearly one-third of tests.

Another 6% of patients who didn't have superbugs on their hands when first hospitalized tested positive for them later in their hospital stay, and one-fifth of the objects tested in their rooms had similar superbugs on them, the investigators found.

Health care workers' hands are the main way these germs are transmitted to patients, according to the authors of the study published April 13 in the journal Clinical Infectious Diseases.

The researchers noted that the presence of superbugs on patients or items in their rooms does not necessarily mean that these patients will become sick with antibiotic-resistant bacteria.

But of the six patients in the study who developed an infection with a superbug called methicillin-resistant Staphylococcus aureus (MRSA), all had positive tests for MRSA on their hands and hospital room items.

The findings suggest that many superbugs found on patients are also found in their rooms early in their stay, suggesting that transmission to room surfaces is rapid.

Mody also noted that many patients arrive at the hospital through the emergency department, and may get tests in other areas before reaching their hospital room, so it's important to learn more about superbugs in those areas, too.

According to study co-author Dr. Katherine Reyes, "This study highlights the importance of hand washing and environmental cleaning, especially within a health care setting where patients' immune systems are compromised." Reyes is an infectious disease physician at Henry Ford Health System, in Detroit.

"This step is crucial not only for health care providers, but also for patients and their families. Germs are on our hands; you do not need to see to believe it. And they travel. When these germs are not washed off, they pass easily from person to person, and objects to person, and make people sick," Reyes said.

The U.S. National Institutes of Health explains how to fight the spread of superbugs.