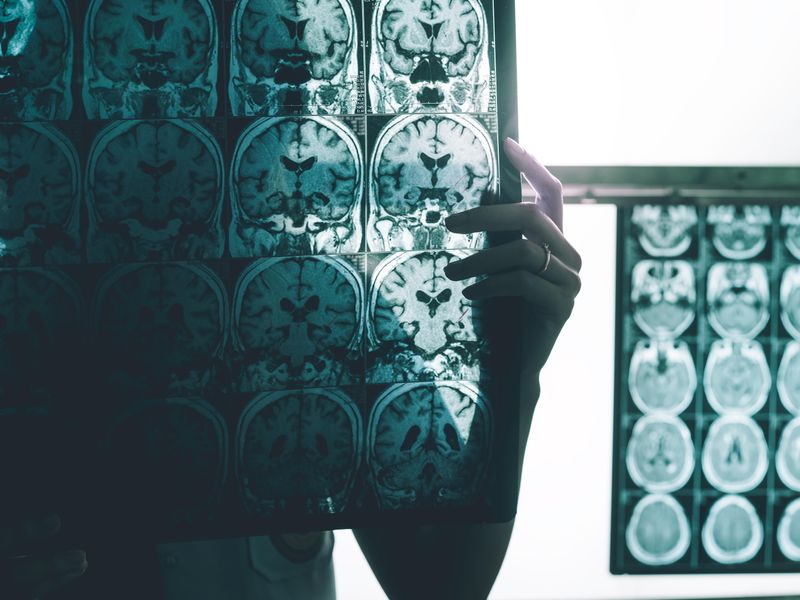 The experimental Alzheimer's drug lecanemab slowed thinking declines among patients suffering the early stages of the disease in a new study, but safety concerns about brain swelling and brain bleeds remain.

In the eagerly awaited trial findings, published Tuesday in the New England Journal of Medicine, researchers reported that lecanemab “reduced brain amyloid levels and was associated with moderately less decline on clinical measures of cognition and function than placebo at 18 months, but was associated with adverse events."

The bottom line, according to the researchers: "Longer trials are warranted to determine the efficacy and safety of lecanemab in early Alzheimer's disease.”

Exactly how much difference did the drug, made by Eisai and Biogen, make? Those who took it over the course of the 18-month study were 27 percent less likely to see their disease progress.

“The benefit is real; so too are the risks,” Dr. Jason Karlawish, a co-director of the University of Pennsylvania's Penn Memory Center, told the New York Times.

The findings follow the controversial June approval of a similar Alzheimer's drug, Aduhelm, even though studies didn't prove the treatment worked and showed serious safety risks.

After Medicare limited its coverage of Aduhelm, citing risks and unclear benefit, the expensive drug was essentially sidelined.

Like Aduhelm, lecanemab -- given via infusion every two weeks -- is a monoclonal antibody that targets a protein, amyloid, that tends to clump in the brains of people with Alzheimer's. Years of research have uncovered precious little evidence that clearing these plaques actually helps with memory and thinking problems. Earlier this month, another anti-amyloid monoclonal antibody, gantenerumab, failed to show any benefit.

The lecanemab trial is the first to show that clearing amyloid does correlate with a slower rate of mental decline, experts say. But because the rate was not dramatically slower, several experts wondered whether patients and their families would even notice the difference.

“The clear issue is what does this small benefit mean in terms of meaningful change for patients and caregivers,” Dr. Kristine Yaffe, a professor of neurology and psychiatry at the University of California, San Francisco, told the Times.

“And how do we balance that” with significant safety risks, the requirement for frequent infusions and “what will be, undoubtedly, a high financial cost,” she added.

But Dr. Madhav Thambisetty, a neurologist and a senior investigator at the National Institute on Aging, told the Times that “from the perspective of a scientist, it is exciting that an experimental treatment targeting brain amyloid in Alzheimer's disease appears to slow cognitive decline.”

Still, Thambisetty, who said he was not speaking on behalf of the federal agency, added that, “From the perspective of a physician caring for Alzheimer's patients, the difference between lecanemab and placebo is well below what is considered to be a clinically meaningful treatment effect.”

The FDA is expected to decide by Jan. 6 whether to grant lecanemab the type of accelerated approval it gave Aduhelm, the Times reported. That designation requires companies to continue studying their drugs for safety and efficacy after an accelerated approval. Eisai has said it will seek full approval early next year if the the January decision is positive.

But experts noted that is not a given.

“While the prediction is that the FDA will approve lecanemab, there are issues of safety,” Dr. Sam Gandy, an Alzheimer's clinician who directs the Mount Sinai Center for Cognitive Health, told the Times.

Recent reports have fueled concerns about the safety of lecanemab for some patients -- particularly those taking blood thinners. Two such patients who experienced brain swelling and brain bleeding linked to lecanemab have already died.

In the study itself, there were six deaths reported among the trial's 898 lecanemab patients and seven deaths among the 897 patients receiving placebo. The authors wrote that no deaths were considered to be related to lecanemab.

The two other reported deaths occurred after the 18-month randomized portion of the trial, so those deaths were not included in the study and it is not known if those patients received lecanemab or placebo during that time. But after the 18 months, both patients opted to receive lecanemab, the Times reported.

One case involved a 65-year-old woman who suffered a stroke and, after receiving tPA, a standard treatment for dissolving blood clots, suffered serious brain bleeding and died a few days later. A neuropathologist who conducted an autopsy at the request of the woman's husband said that lecanemab likely weakened her blood vessels and made them vulnerable to bursting when she received the tPA. The other case involved a man in his late 80s who was taking a blood thinner for a heart condition and had also experienced falls and mini-strokes shortly before his death.

In a statement, Eisai said, “It is Eisai's assessment that the [two] deaths cannot be attributed to lecanemab,” the Times reported. The company said that in the trial's randomized and later phases, the total rate of deaths with major brain bleeds was 0.1 percent for patients in both the lecanemab and placebo groups.

The group adds that "these peer-reviewed, published results show lecanemab will provide patients more time to participate in daily life and live independently. It could mean many months more of recognizing their spouse, children and grandchildren."

More information
Visit the U.S. National Institute on Aging for more on Alzheimer's.