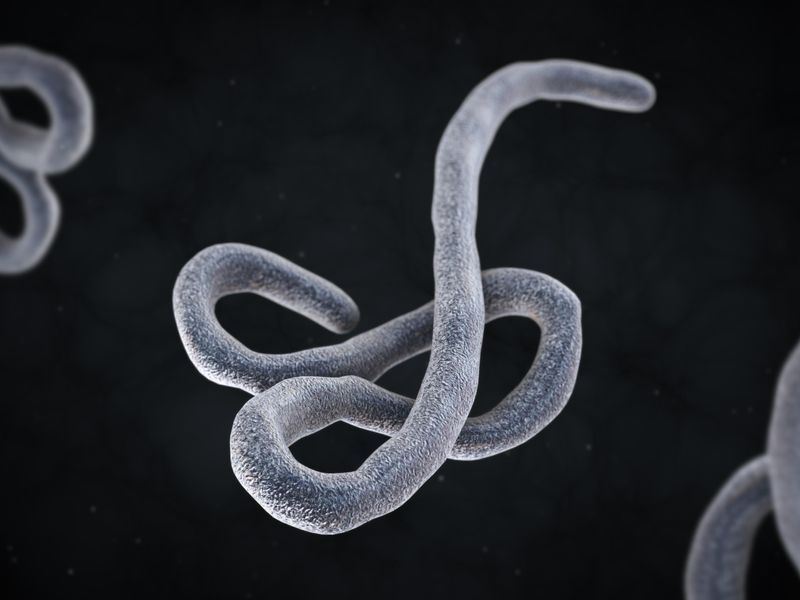 U.S. to Screen Travelers From Uganda for Ebola Amid Outbreak in That Country

Travelers flying from Uganda will be funneled to one of five U.S. airports so they can be screened for Ebola amid an outbreak in that African country, federal officials announced Thursday.

No cases of Ebola have been reported outside Uganda at this time, but the Biden administration warned physicians to be watchful for any cases.

The virus is highly contagious and often deadly, spreading through contact with bodily fluids. There is no approved vaccines or treatments for the particular type of Ebola virus fueling the Ugandan outbreak. Mostly found in sub-Saharan Africa, the virus can rapidly damage internal organs, causing bleeding from the eyes, nose, mouth and rectum. It kills about half of those infected.

“While there are no direct flights from Uganda to the United States, travelers from or passing through affected areas in Uganda can enter the United States on flights connecting from other countries,” the U.S. Centers for Disease Control and Prevention explained in its alert.

While the CDC ordered the airport screenings, the U.S. State Department said the screenings also apply to U.S. citizens who have been in Uganda. Screenings began on Thursday for some passengers. Travel restrictions start next week, the New York Times reported.

About 62% of travelers from Uganda already fly into those five airports. Screenings will include a temperature check and a health questionnaire. Those will be shared with local officials, theTimes reported.

Past Ebola outbreaks have been hard to control, including one in West Africa in 2014, which ended with 28,616 cases, more than all previous cases combined. That outbreak killed 11,310 people. Eleven Americans were sickened, mostly outside the United States, and two died, the Times said.

Ebola outbreaks have twice been declared a public health emergency of international concern by the World Health Organization, in 2014 and again in 2019.

In the Ugandan outbreak, the virus circulated widely before it was detected in the city of Mubende. It is now in four other districts within a 75-mile radius, with 44 confirmed cases and 10 deaths so far.

“We are concerned because we still haven't reached the peak,” Dr. Fiona Braka, emergency operations manager at the WHO regional office for Africa, told the Times.

While there are vaccines and treatments for another strain of Ebola, the Zaire species, they don't work against the Sudan species that is circulating in Uganda, the Times reported.

Scientists have been working on at least eight possible vaccines that could tackle the Sudan species, including a single-dose version, which has been licensed to the Sabin Vaccine Institute.

About 100 doses are available of that vaccine, which in monkeys is highly protective against the virus. Another 81 doses are available of another candidate, this one made by a British team. It is in early-stage trials to test its impact on both the Zaire and Sudan species, the Times reported. Both of these vaccines could be used in clinical trials in the current outbreak if approved by health authorities in Uganda.

Sabin Vaccine Institute has the materials it needs in storage in Italy to make 40,000 doses, but it would take until the end of the year to fill and finish them, Dr. Rick Koup, acting director of the federal vaccine center, told the Times.

Also potentially helpful are monoclonal antibodies that are in early-stage trials and which may reverse symptoms in multiple Ebola species. One dose eased severe symptoms in monkeys with Zaire, Sudan and Bundibugyo species of Ebola, the Times reported.

“If you go fishing for these rare rainbow unicorn antibodies, you can certainly find ones that are cross-neutralizing and cross-protective” against various types of Ebola, Kartik Chandran, a virologist at the Albert Einstein College of Medicine in New York who helped develop the treatment, told the Times.

“We knew it was only a matter of time before we had another Ebola outbreak that wasn't caused by Zaire,” he added.

Travel restrictions amid Ebola outbreaks have a precedent. In 2014, the Obama administration also required passengers to fly to certain U.S. airports for screening during an Ebola outbreak in West Africa.

The U.S. Centers for Disease Control and Prevention has more on Ebola.