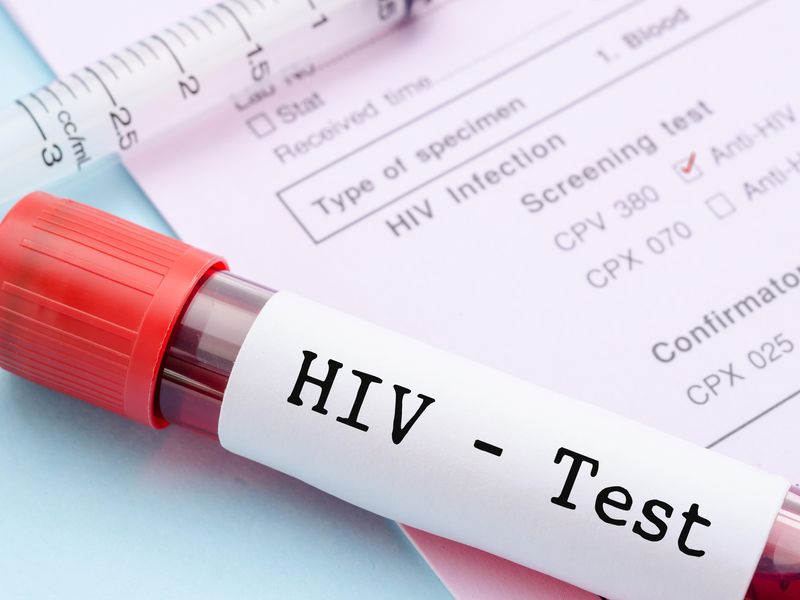 Could key differences in the trillions of bacteria found in the human gut actually affect the risk of becoming infected with HIV? A small, new study suggests the answer may be yes.

The intriguing possibility stems from a detailed analysis of the gut bacteria ("microbiomes") of 55 men, all of whom indicated they have sex with other men.

About half of the men went on to become infected with HIV; the other half did not. And investigators found notable pre-infection differences in the amount of certain gut bacteria found in the two groups.

“This might suggest that there is a connection between these gut bacteria and HIV risk,” said study author Dr. Jennifer Fulcher. She is an assistant professor and staff physician in the department of medicine's division of infectious diseases at the David Geffen School of Medicine at the University of California, Los Angeles (UCLA).

Fulcher explained that prior research had already indicated “that people with HIV can have different gut bacteria than those without.” But do those changes occur before or after HIV infection? Fulcher's team wanted to know.

So, “we studied people over time, before and after HIV infection,” Fulcher said. Among this group, the investigators found very little shift in each HIV patient's microbiome in the year after each had become infected. The team then set out to compare the microbiomes of those who became HIV-positive with those who engaged in behavioral risks for HIV but remained negative.

That was when they saw differences.

For one thing, the HIV-positive group had relatively lower levels of a type of lower intestinal tract bacteria that's known to play a critical role in ensuring the gut remains healthy.

At the same time, those in the HIV-positive group also had relatively higher pre-infection levels of another bacteria (Megasphaera elsdenii), though it is not yet known precisely what role this bacteria plays in the gut.

Beyond that, the researchers further found that before becoming infected those who went on to become HIV-positive also had higher levels of key markers for inflammation.

The investigators noted that the elevated presence of these markers (which included cytokines and signaling lipid molecule) suggests that even before infection such patients had immune systems that were already on high alert for infection.

And, Fulcher noted, it is known that higher levels of inflammation "can increase HIV risk.”

Still, she characterized the findings as preliminary, given the small size of the study and the fact that it only included men who had sex with men, many of whom also used drugs.

“Though we designed the study to try to limit differences between the groups, it's difficult to fully exclude other factors that may have also contributed to increased HIV risk in the participants, so the study needs to be considered with these limitations in mind,” Fulcher added.

That latter point was seconded by Anne Hoen, an associate professor of microbiology and immunology with the Geisel School of Medicine at Dartmouth College, in Lebanon, N.H.

The findings are “not surprising, because we know the microbiome is a regulator of immune development and function," Hoen said. "So it is feasible that one reason the microbiome was linked to infection risk is through its direct impacts on the immune system.”

The problem, however, is that “the character of the microbiome is shaped by many of the complex, important lifestyle factors that impact our overall health, things like diet," Hoen said.

The report was published Oct. 1 in the journal eBioMedicine.

There's more on the microbiome at Harvard School of Public Health.