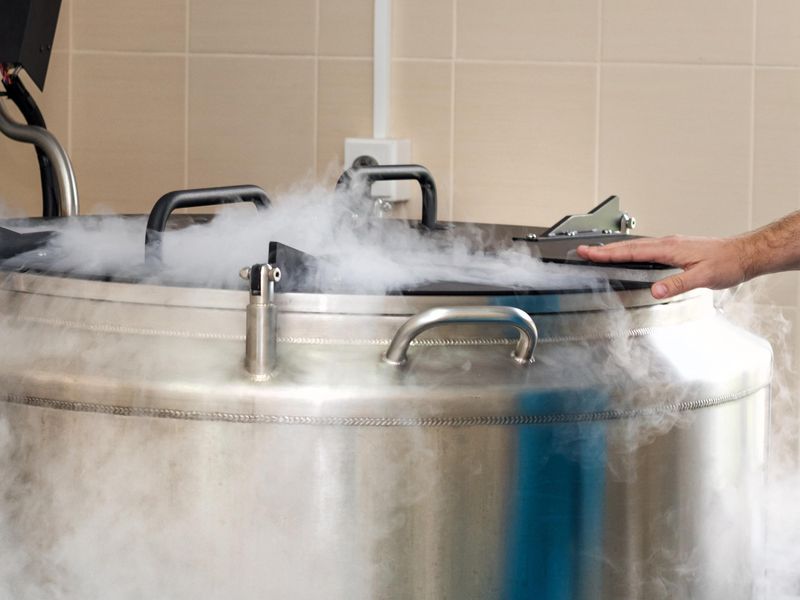 While an increasing number of women are freezing their eggs with the hope of having a baby later, a new study shows there are no guarantees.

Being younger when having the egg retrieval procedure and freezing more eggs tends to lead to more success, according to the research done at New York University Langone Fertility Center, in New York City.

“The reality is most eggs don't make good embryos,” Dr. James Grifo, director of the fertility center at NYU Langone, told The New York Times. “The more eggs you have, the better the chance.”

While the chance of having a baby from frozen eggs is about 39% overall, it's 51% if the woman freezing the eggs is younger than 38. It's as high as 70% if a woman younger than 38 freezes 20 or more eggs, the study found.

The average woman who is freezing her eggs at NYU Langone is older than those with the higher success rates, the researchers noted.

It's not entirely clear how many are likely to be successful because national data on success rates don't exist.

Data in the study were consistent with the numbers at Boston IVF Fertility Clinic and Beth Israel Deaconess Medical Center, said Dr. Alan Penzias, a fertility specialist there and chair of the practice committee of the American Society for Reproductive Medicine.

At the Boston center, women had about a one-third chance of having a baby after freezing eggs, Penzias told the Times.

“Counseling should be clear that there is no guarantee and that the value of delaying having a child must exceed the benefit of delay,” Penzias said.

The procedure is a costly investment, about $10,000 each egg retrieval cycle, Dr. Timothy Hickman, president of the society and medical director of CCRM Fertility in Houston, told the Times. It may require more than one cycle to get a sufficient number of eggs.

The fee for thawing and fertilizing eggs, then growing embryos in a lab and transferring them to the uterus can be another $5,000 to $7,000. Testing for any chromosomal abnormalities is another $3,000. And storing frozen eggs can be up to $1,000 per year, the Times reported.

Insurance often doesn't cover the costs, though companies will provide some benefits. Many women will never use their frozen eggs, sometimes because they've gotten pregnant without them.

The data “are sobering” and “should give women pause,” Dr. Marcelle Cedars, director of the division of reproductive endocrinology at the University of California, San Francisco, told the Times.

Freezing eggs is not an insurance policy, said Cedars, who is also the president of the American Society for Reproductive Medicine.

“The pregnancy rate is not as good as I think a lot of women think it will be,” Cedars said. “I always tell patients, ‘There's not a baby in the freezer. There's a chance to get pregnant.'”

The study was led by Grifo and Dr. Sarah Druckenmiller Cascante, a fellow at NYU Langone. The findings were published recently in the journal Fertility and Sterility.

The U.S. Centers for Disease Control and Prevention has more on infertility.