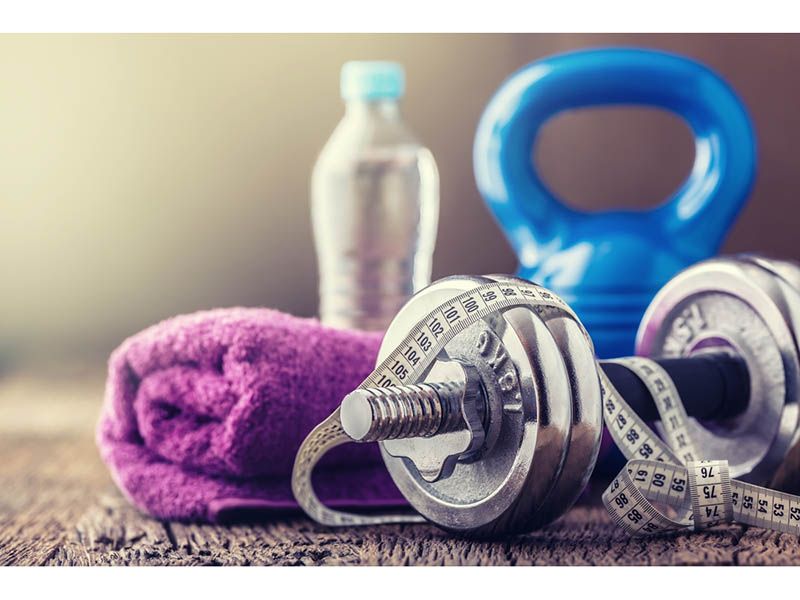 Regular Weightlifting Could Lengthen Your Life

Depending how much weightlifting they did, older adults reduced their risk of premature death by between 9% and 22%, the study found. Moderate or vigorous aerobic exercise lowered the risk by 24% to 34%. The lowest risk, however, was seen among those who did both types of exercise.

These results show that weightlifting is uniquely linked with lower rates of premature death and doing both offers even greater protection, she said.

"Thus, adding weightlifting to your physical activity routine, even for those who are aerobically active, is important for better health and longevity," Gorzelitz said.

The study doesn't prove that weightlifting reduces the risk of death, only that there appears to be a link. Weightlifting, however, can make the body leaner, which may explain the association, the researchers said.

"We know that muscle strengthening exercise is associated with a wide range of health benefits, which include increased strength and better physical function," Gorzelitz said. "We are still learning about the metabolic effects of weightlifting on bodily systems that may affect [death rates], but we do know that this type of exercise can have a beneficial effect on body composition and other metabolic risk factors, such as blood pressure, inflammation markers and even blood cholesterol."

For the study, data was collected on nearly 100,000 men and women who were part of a screening trial for prostate, lung, colon and ovarian cancers. Their average age was 71 at the trial's start. Over nearly 10 years of follow-up, more than 28,400 participants died.

Participants were asked about how much moderate and vigorous physical activity they did. Both forms of activity work up a sweat, but vigorous activity increases breathing and heart rate to high levels. Moderate activity brings smaller increases.

In all, 23% of participants did some weightlifting, and 16% exercised with weights one to six times a week.

A third said they also got aerobic exercise. Twenty-four percent got in the recommended 150 minutes a week of moderate or vigorous aerobic exercise and 8% exceeded that benchmark.

Gorzelitz's team found that exercising with weights and aerobics was independently associated with a lower risk of death from any cause, as well as from heart disease, but not from cancer.

For example, the risk of death was 41% to 47% lower among people who met the recommended weekly activity levels and exercised with weights once or twice a week, compared with those who didn't exercise. This link was stronger among women, researchers said.

If you don't lift weights or do other muscle-strengthening exercises, such as calisthenics, pushups and squats, Pilates and plyometric exercises such as tuck jumps and burpees may be a good substitute.

"Our results suggest that some weightlifting is better than none, and it's OK to get started slowly and progress as strength and confidence increase," Gorzelitz said.

It is important, she said, to work all the major muscle groups -- legs, hips, back, abdomen, chest, shoulders and arms. Adults, including older adults, should do muscle-strengthening activities of moderate or greater intensity that involve all major muscle groups two or more days a week.

"Much of the focus of the cardiovascular health benefits of physical activity has centered on aerobic activity, including duration and intensity," he noted. "Muscle strengthening exercise has become a more recent focus and is now included in recommendations for adults for overall health."

The findings were published online Sept. 27 in the British Journal of Sports Medicine.

The American Heart Association has more about the benefits of exercise.