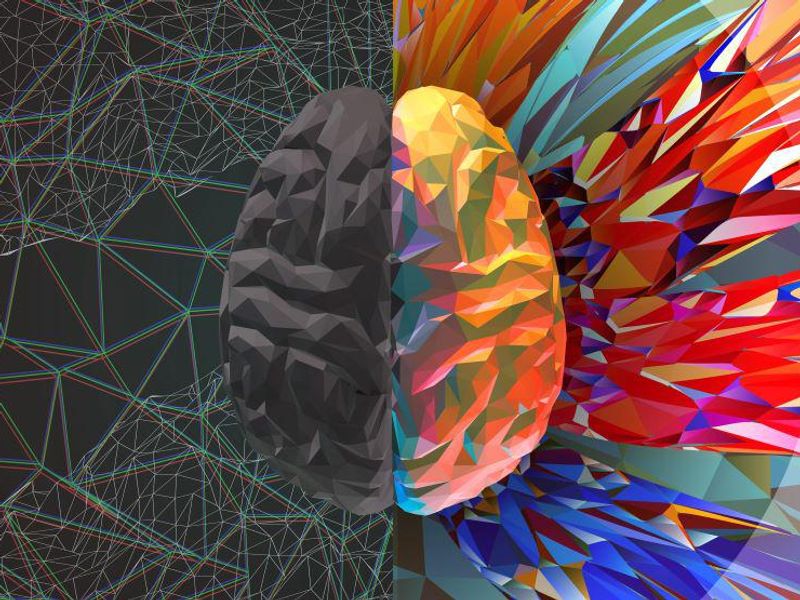 Doctors use all sorts of tools to determine if a person is fit and developing normally -- charts tracking height and weight for growing children, tables showing healthy blood pressure and cholesterol in adults.

Now an international team of researchers has created the first standardized tool to track brain development, based on one of the largest group of brain scans ever assembled.

This comprehensive brain chart spans the human life span, from a 15-week-old fetus to a 100-year-old adult. It shows how the brain expands rapidly in early life before slowly shrinking with age.

Up to now, there have been no reference charts for measuring age-related changes in the human brain. There are no standardized tools to assess brain growth and aging.

"We needed some blueprint of how the brain should develop, and so we've provided a big-picture perspective on the trend for how the brain should grow and then degenerate or shrink," said Jakob Seidlitz, a postdoctoral fellow with the Lifespan Brain Institute of the Children's Hospital of Philadelphia.

"We've always known that the brain grows and changes over time, but I don't think we've ever really been able to measure it in such a fine-grained and precise scale as we've been able to do with this large dataset," said lead researcher Richard Bethlehem, a postdoctoral research associate with the Brain Mapping Unit at Cambridge University in England.

Available on an open-access website, BrainChart will allow researchers to measure brain development against reference charts, much as doctors use other standardized tools to track human health and development, said senior researcher Dr. Aaron Alexander-Bloch, director of the Brain-Gene-Development Lab at the Children's Hospital of Philadelphia.

The creators of BrainChart hope that it will eventually be comprehensive enough to be used by doctors who are treating patients, as a means of assessing brain disorders like Alzheimer's or mental health problems like schizophrenia.

"The tool right now really isn't meant for clinical utility," Alexander-Bloch said. "That's a goal for the future, but it's not where we're at right now."

To create BrainChart, researchers pored over the brain scans they had collected, analyzing brain tissue volumes and assessing rates of change over the life span.

They also created a statistical framework that could harmonize brain scans coming from different sources, times and clinical settings. This "common language" will make it easier to add new images to BrainChart gathered during upcoming research projects -- or even during routine clinical scans.

Along the way, the researchers uncovered a few surprises.

For example, they identified some previously unreported neurodevelopmental milestones, including an early growth spurt that starts in the womb.

Between 17 weeks after conception until 3 years of age, the human brain expands from 10% to about 80% of its eventual size, researchers found.

"The period of development where [the brain] changes quickest is actually before birth," Bethlehem said. "That was quite striking to see. This is one of the first times where we've been able to stitch together all these different epochs in the life span so you can more precisely say where these periods of rapid change occur."

"That was really striking to me," Seidlitz said. "It's by no means to say that the causes of these disorders are similar, but it really shows the potential for new insights when you use these charts to map brain differences."

"An atlas of precise structural brain measurements throughout the normal human life span is a remarkable technical achievement," said Dr. Robert Bermel, director of Cleveland Clinic's Mellen Center for Multiple Sclerosis. "This will serve as valuable and readily available control data, from which comparative insights will be generated about how the brain structurally changes with disease, leading to discovery of new areas and mechanisms to target with therapies."

Brain doctors often have to rely on their own experience and judgment to interpret MRI scans from an individual patient, said Dr. Zaldy Tan, medical director of the Jona Goldrich Center for Alzheimer's and Memory Disorders at Cedars-Sinai Health System in Los Angeles.

"Having seen hundreds of thousands of images, you look at the brain scan and say, 'Huh, this looks smaller than what it should be.' Those things I base out of my own experience, right?" Tan said. "Having an objective measure is going to be a very helpful tool for the interpretation of neuroimages, whether it be done for research or clinical purposes."

Clinically, the BrainChart data also could help doctors figure out how a brain has been affected by a stroke or the development of Alzheimer's, since it provides a reference for how a "normal" brain should look at any given age, Tan said.

Most of the scans it now holds come from North American and European studies. More MRIs from other parts of the world are needed to make the chart reflective of all humans.

"For these charts to have more implications, that needs to change," Bethlehem said. "You need to have a more diverse population."

An article on BrainChart appeared Wednesday in the journal Nature.