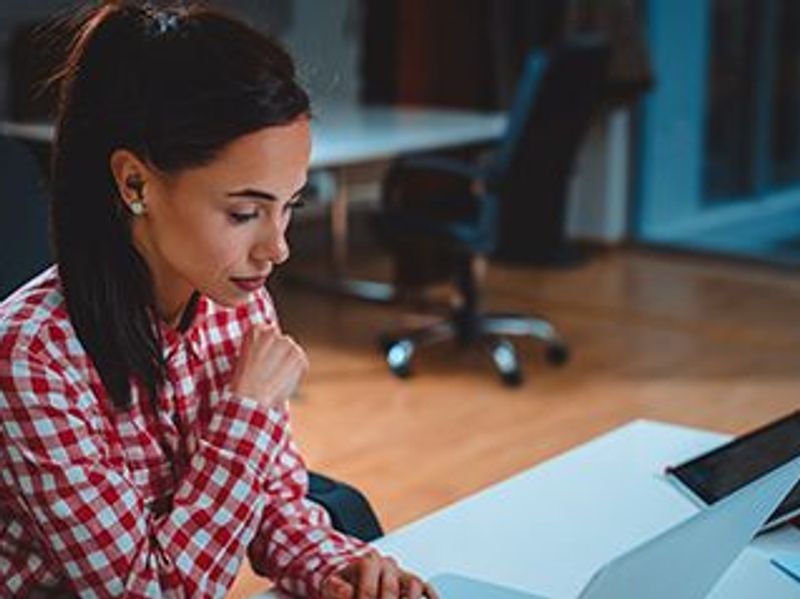 Shift Work Might Delay Menopause, With Potential Harms to Health

Women whose jobs require shift work may experience delayed menopause, according to a new study, and it could be bad for their health.

Whether it's working the overnight shift or different hours from day to day, shift work has been linked to higher risks for a variety of health problems, including certain cancers, heart disease, diabetes, and mental health issues such as depression.

This new Canadian study found a relationship between rotating shifts and delayed menopause, the end of a woman's monthly periods. Researchers suspect shift work might disrupt circadian rhythms -- the body's 24-hour internal clock. They said the disruption may trigger changes in estrogen production.

"We all know that we in society or any community cannot survive without shift work," said lead author Durdana Khan, a doctoral candidate in kinesiology and health science at York University in Toronto.

"It is everywhere. We need health care workers. In the department of security, we need shift work. But its negative impact on workers' health cannot be overlooked," she said. "I think all women should be aware of the impact of the shift work on their health."

Khan's interest was piqued in part by her own experience as a rotating shift worker, like that of many medical professionals.

For their study, the researchers analyzed data from 3,700 premenopausal women who were part of a long-term study of aging in Canada.

They considered overall exposure to shift work, as well exposure in a woman's current job and longest position. In all, about 20% of women had jobs that included shift work, be it evening, night, rotating, irregular or on-call shifts.

That's about the same percentage as among all active workers in North America and Europe, the study noted.

On average, a woman enters menopause at 52. Starting early can add to her risk for a variety of health issues, including osteoporosis and heart disease. Starting late has been tied to a higher risk of some cancers.

Other studies have suggested that ovulation and fertility may be affected when a woman's body clock is disrupted. Excessive exposure to artificial light during night hours may suppress the sleep hormone melatonin and affect ovulation.

Khan noted that social and demographic factors could also have an impact on the start of menopause -- for example if workers are overweight or obese or are current smokers.

More research will be needed to confirm the new findings.

"Future studies should focus on some very important aspects of shift work that we cannot measure because that was not available in our data, such as type and direction of rotating shifts, number of consecutive night shift work and number of days off between shift work," Khan said.

"Also, I would suggest that future studies should incorporate some reproductive factors like breastfeeding and menarche [a girl's first period]," she said.

The findings were published online in Menopause, journal of the North American Menopause Society (NAMS).

Dr. Stephanie Faubion, medical director of NAMS and director of the Mayo Clinic Center for Women's Health in Rochester, Minn., said more study may help determine whether changes in start of menopause are directly related to the circadian rhythm changes or owe to other sociodemographic factors, such as chronic stress, economic insecurity and substance use or abuse.

The reproductive life span and duration of estrogen production have an impact on brain, bone, heart and breast health, Faubion said.

Faubion noted that it might be hard for a woman to see a clear takeaway from the study, because she can't change when she will go through menopause in any way other than by trying to lead a healthy life.

If, however, a woman finds herself experiencing signs of early menopause -- irregular periods, hot flashes, night sweats and mood changes, among them -- she should call her doctor, Faubion said.

"When you go through that early, there are definitely some adverse health impacts associated with it," Faubion said. "So, we would for sure recommend that those women, unless they had a real contraindication to using hormone therapy, that they would use it at least until the natural age of menopause, which is around 52."

The U.S. National Institute on Aging has more on menopause.