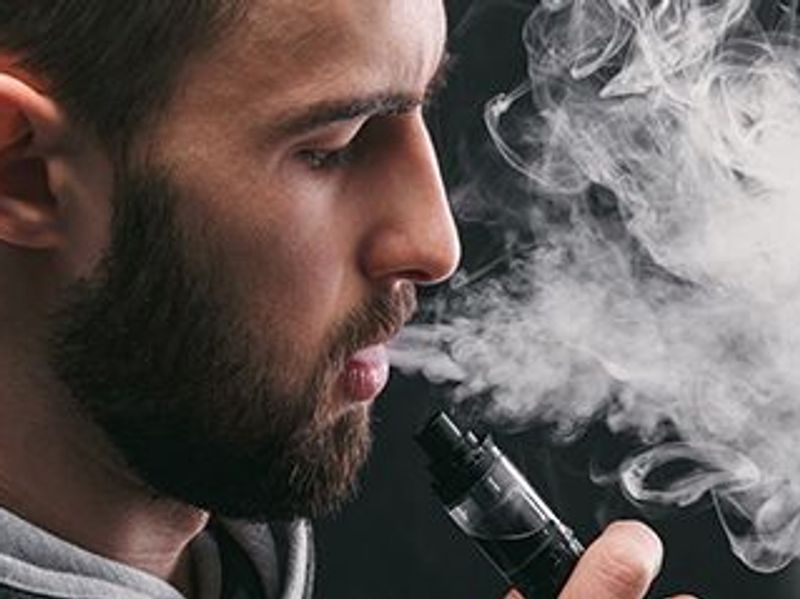 Could Vaping Put You on a Path to Diabetes?

People who vape may be setting themselves up for developing diabetes, even if they don't smoke traditional cigarettes, a new study suggests.

Among more than 600,000 U.S. adults, researchers found that those who used electronic cigarettes were more likely to have prediabetes than people who'd never vaped or smoked. The link was seen even among e-cigarette users who said they had never smoked traditional cigarettes.

Prediabetes refers to blood sugar levels that are higher than they should be, but not yet at the threshold for diagnosing type 2 diabetes.

The findings do not prove that vaping directly raises the odds of prediabetes, said senior researcher Shyam Biswal, a professor at Johns Hopkins University School of Public Health, in Baltimore.

But, he said, cigarette smoking is known to be linked to higher diabetes risk. And research has shown that nicotine, as well as chemicals in tobacco smoke, can alter the body's ability to control blood sugar.

E-cigarettes also contain nicotine, along with their own blend of "e-liquid" chemicals whose effects are not yet fully understood.

So it is "certainly plausible," Biswal said, that vaping could influence diabetes risk, too.

The findings - published March 3 in the American Journal of Preventive Medicine - add to ever-widening concerns about the health effects of vaping.

E-cigarettes work by heating a liquid that contains nicotine and other substances, like propylene glycol, glycerol and flavoring. The heating creates a "vapor," and additional toxic chemicals, which are inhaled.

It's a brew that is far from "safe," stressed Dr. Panagis Galiatsatos, a volunteer medical spokesman for the American Lung Association (ALA).

"Your lungs do not want these chemicals," said Galiatsatos, who was not involved in the new study.

Just as cigarette smoking creates low-grade inflammation throughout the body, he explained, so too can vaping. Given that systemic inflammation underlies a host of disease processes, Galiatsatos said it is not surprising to see vaping linked to a condition like prediabetes.

Still, since vaping is a relatively recent phenomenon, it is not yet clear whether it carries long-term disease risks similar to smoking -- including emphysema, heart disease and various cancers.

But research into shorter-term "surrogate outcomes" is building a case against e-cigarettes, according to Galiatsatos.

Studies have found, for example, that vaping can immediately impair blood vessel function. And a recent ALA-funded study found young adults who vaped were at heightened risk of developing problems with wheezing and dry cough within a year of starting the habit.

For the current study, Biswal's team used data from an annual federal health survey that covers a nationally representative sample of U.S. adults. They focused on more than 600,000 Americans surveyed between 2016 and 2018.

Overall, cigarette smokers were more likely to say they had been diagnosed with prediabetes: about 13% did, compared to 9% of vapers.

The researchers arrived at that figure after accounting for some major factors that affect prediabetes risk -- including age, obesity, exercise habits and education level.

That does not prove vaping is the culprit, Biswal said. "But," he added, "this study certainly provides a real reason to be concerned."

And that, Biswal noted, is largely because of the bigger context: Vaping has become popular among teenagers and young adults, at a time when prediabetes is also on the rise.

Nor are e-cigarettes a proven way to kick the smoking habit.

Galiatsatos said smokers who want to quit can talk to their doctor about cessation medications that are approved by the U.S. Food and Drug Administration.

"E-cigarettes have never gone through that FDA approval process," he noted.