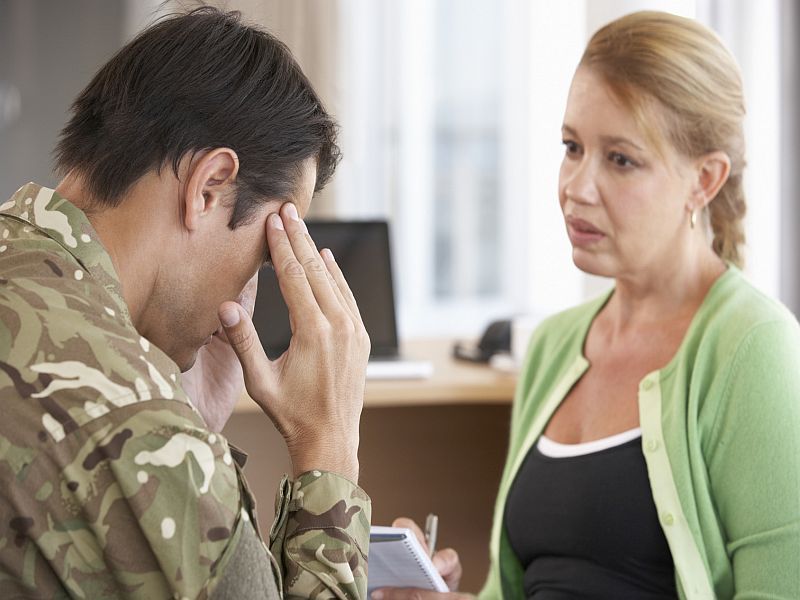 At one time, military veterans were typically healthier than the average American. But a new study finds that vets who have served since 9/11 have higher than average death rates -- especially those with a history of brain injury.

The study, of more than 2.5 million military veterans, found that post-9/11 service members have been dying at a higher rate than Americans overall in the past two decades.

The excess deaths have been concentrated among veterans under 45, and most have been from suicide and accidents. But service members also showed heightened risks of dying early from other causes, too -- ranging from homicide to cancer.

That was particularly the case for those with a history of traumatic brain injury, the study found. And the more severe the injury, the greater the risks.

In all, researchers found, there were over 4,300 more deaths among veterans younger than 45 than would be anticipated.

The findings -- published Feb. 11 in JAMA Network Open -- stand in contrast to what was seen among U.S. veterans of past conflicts. In what researchers call the "healthy soldier effect," those vets showed lower death rates, relative to Americans overall.

Still, the concerning trends in this study are not entirely unexpected.

The problem of suicide among post-9/11 veterans has long been on the radar, said lead researcher Jeffrey Howard, of the University of Texas at San Antonio.

While those deaths remain rare, research has shown that service members' suicide rates began to rise sharply around 2005 -- and have remained high, in comparison to the general population.

But whether veterans have increased risks of death from other causes had been unclear, according to Howard.

His team found that compared with Americans of the same age, sex and racial/ethnic background, veterans had a higher rate of death from homicide, cancer, suicide and accidents. The latter two were by far the biggest contributors.

Howard said the large number of deaths from accidents was something of a surprise -- and not readily explained.

"We don't know what kind of accidents these were, specifically," he said. "Were they falls? Were they traffic accidents?"

But it's possible, Howard said, that mental health issues, including depression and substance use, could be one common denominator driving excess deaths from both suicide and accidents.

"This is an important study," said Dr. Jeffrey Borenstein, president and CEO of the nonprofit Brain and Behavior Research Foundation in New York City.

Borenstein, who was not involved in the research, said it's not clear why veterans were at greater risk of death from various causes. He noted that some deaths determined to be accidents could have, in fact, been suicide.

But the bottom line, Borenstein said, is that veterans struggling with depression, post-traumatic stress or other mental health issues "should get the help they deserve."

And that help may be especially important for veterans with a history of brain injury. Of all veterans in the study, about one-fifth had sustained a traumatic brain injury. Most often they were mild, but 3% had suffered a moderate to severe brain injury.

Those veterans with more severe brain trauma accounted for one-third of all excess deaths -- 11 times more than would be expected.

They also had the highest rates of death from a range of causes -- not only suicide, accidents and homicide, but also medical conditions like heart disease.

Again, Howard said, the study cannot say why. But brain injuries can have pervasive effects on a person's life and overall health, he noted.

Serious brain trauma can affect behaviors like impulse control and risk-taking -- potential factors in accidents and homicides. It can also "alter the physiology of the body," contributing to chronic inflammation and other states that feed disease, Howard said.

Past studies, he noted, have found that veterans with combat injuries may be at increased risk of ills like high blood pressure, diabetes and heart disease.

But while health care is critical for veterans, the deaths attributed to suicide and accidents, and to a lesser extent homicide, point to the need for "social interventions," Howard said.

"As a society," he said, "we still have a lot of work to do in terms of job training and helping service members transition back into civilian life.

"If there is 'good news' in this story," Howard added, "it's that a lot of these deaths among veterans are preventable."

The U.S. Department of Veterans Affairs has mental health resources for veterans.