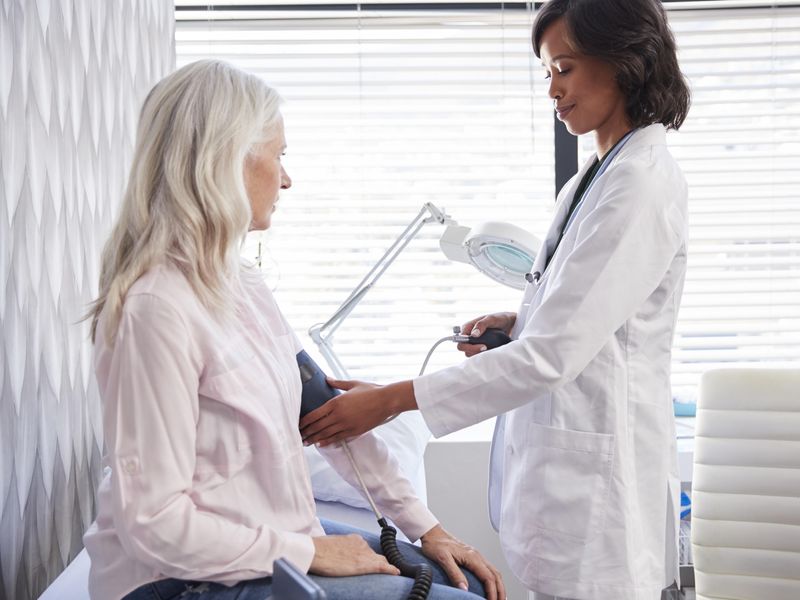 Unhealthy Heart May Be Bigger Threat to Women's Brains Than Men's

What's good for the heart is good for the brain, and a new study suggests that connection might be especially critical for women.

The study, of more than 1,800 adults in their 50s and 60s, found that those with heart disease, or risk factors for it, generally showed a greater decline in their memory and thinking skills over time.

That was not a surprise, since past studies have revealed an association between heart health and mental acuity. But it turned out that the link was especially strong among women, researchers found.

"It's extremely important for both women and men to have their cardiovascular risk factors treated and well-controlled," said study author Michelle Mielke, a professor at Mayo Clinic in Rochester, Minn.

But, she added, these findings suggest that could be especially critical for women's cognitive function.

The study, published Jan. 5 in the journal Neurology, is the latest to highlight the connection between heart and brain health.

Like the heart, the brain relies on healthy blood vessels to supply its cells with oxygen and nutrients. Research over the years has found that many of the risk factors for heart disease and stroke are also tied to a quicker decline in cognitive abilities as people age -- and possibly a heightened risk of dementia.

On the flip side, research suggests that some heart-healthy practices, such as physical exercise and a diet rich in fish, vegetables and "good" fats, may help shield the aging brain. And a 2019 clinical trial found that aggressively lowering high blood pressure in older adults reduced the risk of mild cognitive impairment.

That refers to subtle but noticeable declines in memory and thinking that in some cases progress to dementia.

According to Mielke, it's not clear why poorer cardiovascular health might be tougher on women's cognition.

It's natural to speculate that menopause and hormonal changes could play a role, she said. But, Mielke added, there are many other possibilities, too.

For one, heart disease in women and men can be different. Women are more likely than men to have dysfunction throughout smaller blood vessels in the body, versus blockages in larger ones feeding the heart. It's possible that could contribute to cognitive decline.

In addition, Mielke said, there's the question of whether women's risk factors were as aggressively managed as men's.

The findings are based on 1,857 adults ages 50 to 69. Most -- 79% -- either had heart disease or a history of stroke, or any of several risk factors: obesity, smoking, high blood pressure, diabetes or high cholesterol.

The participants took standard tests of memory and other cognitive abilities at the outset, and then every 15 months.

Mielke's team found that while cardiovascular risk factors were more common in men, they had a bigger impact on women's cognitive performance over time. Among people with heart disease, for example, women showed twice the rate of decline that men did on their overall composite score.

It all fits into the body of research on the heart-brain connection, said Claire Sexton, director of scientific programs and outreach for the Alzheimer's Association.

It's critical, she said, for everyone to see their doctor, know their numbers and get any cardiovascular risk factors under control. There may be "added benefit for your brain," Sexton said.

She agreed there could be various reasons for the current findings -- including differences in lifestyle factors, like exercise, between women and men.

And those things matter long before old age.

"This study adds to the evidence that even in middle life, what is bad for the heart is bad for the brain," said Dr. Richard Lipton, a professor of neurology at Albert Einstein College of Medicine in New York City.

And while cardiovascular risk factors are more common in middle-aged men than women, he said, this study suggests they are more detrimental to women's brain function.

Both Lipton and Sexton, who were not involved with the study, noted that declines in test scores do not mean a person is destined to develop dementia.

Some amount of decline is part of the normal aging process, Lipton said. And in many cases, it may be related to a specific health condition or medication effects.

Sexton also said that cardiovascular health is only one factor in cognitive well-being. Research also suggests that people can support their brain health by staying socially and mentally active, getting adequate sleep and seeking help for depression or other mental health concerns.

The Alzheimer's Association has more on supporting brain health.