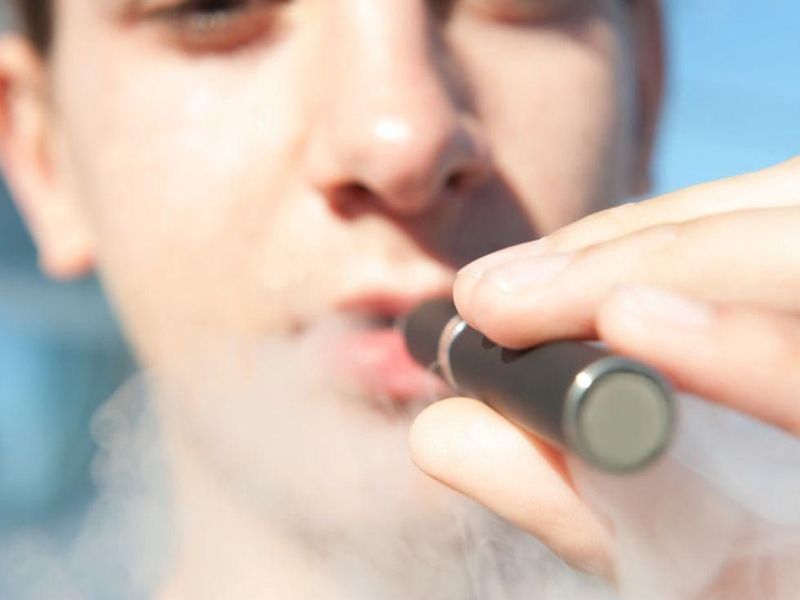 Number of Teens Who Vape Marijuana Doubled in 7 Years

Teenagers have followed the vaping trend into marijuana use, with recent studies chronicling a boom in pot vaping among adolescents in the United States and Canada, researchers report.

The percentage of teens who've experimented with vaped pot has more than doubled in recent years, and vaping among frequent marijuana users has quadrupled, according to the study.

Currently about 1 in 8 North American teenagers have vaped pot within the last year, and nearly 1 in 10 within the past month, according to a new analysis of data pooled from 17 different studies.

"The prevalence of adolescent cannabis vaping is on an upward trajectory in the U.S. and Canada," said lead researcher Carmen Lim, a PhD candidate with the University of Queensland's National Center for Youth Substance Use Research in Australia. "We also found adolescents' preference for cannabis products may be shifting from less potent products like herbal cannabis to highly potent vape oil and concentrates."

More frequent pot users dove into vaping at an even faster rate, with the percentage of teens vaping pot within the past month more than quadrupling -- rising from less than 2% to more than 8%.

This new analysis didn't review overall pot use among teens, so it's not clear whether more kids are using pot due to vaping or if kids who smoke pot have switched to vaping, Lim said.

Experts said it's highly likely kids are switching to vape pens from joints, as the overall number of pot-using teens has increased more slowly.

"As both vaping and cannabis are becoming more acceptable in society and smoking is less preferred, it seems natural that young people would adopt this form of substance intake," said Patricia Folan, director of the Center for Tobacco Control at Northwell Health in Great Neck, N.Y.

These numbers came from data pooled from nearly 200,000 adolescents who participated in studies on pot use between 2013 and 2020, researchers said.

Addiction experts said it's likely that the factors that made e-cigarettes so popular among teens has also driven the increase in pot vaping.

The use of vaping products overall increased 13-fold in the United States among middle and high school students between 2011 and 2018, researchers said in background notes.

"The marijuana pen is just so much easier to access. You pop it in your backpack, you take it out, you keep puffing it during the day. Nobody smells it, and you don't really get that same level of intensity with the coughing," said Dr. Scott Krakower, a child and adolescent psychiatrist and substance abuse treatment expert at Zucker Hillside Hospital in Glen Oaks, N.Y.

It's also likely that the continuing wave of marijuana legalization also has contributed to more kids vaping pot, said Linda Richter, vice president of prevention research and analysis for the Partnership to End Addiction.

"I can't say I'm surprised by the meteoric rise in marijuana vaping among adolescents, given the substantial shift in public attitudes about marijuana's safety, the increasing availability of unregulated vaping products, and the stealth nature of vaping versus smoking marijuana," Richter said. "Adolescents, along with adults, have been lulled into a false sense of safety about marijuana."

The problem is that pot vape liquid tends to be more much more potent than dried weed, which on its own has increased in potency over the years, Richter and Krakower said.

"Too many parents still believe that the marijuana that teens are using today is no more harmful than the marijuana they smoked when they were teenagers," Richter said. "But the potency of marijuana has quadrupled over the past couple of decades and the concentration of THC is far higher in today's products, especially in vapes and edibles, than it was in the marijuana they used to smoke."

That potency becomes even more troubling when one considers how vape pens are used versus smoking, Krakower added.

Rather than furtively smoking a single joint, kids are free to puff repeatedly on a pot vape pen as frequently as they like, Krakower noted. Not only does the weed hit them harder, but they are able to take tokes off the pen all day.

Parents need to pay attention to their kids' pot use and intervene, Richter said.

"If a child is using marijuana regularly, parents shouldn't brush it off as a harmless phase, but should seek help and intervene before it turns into a marijuana use disorder, or leads to other dangerous health and safety consequences," Richter said.

Lim and Richter added that regulators and legislators need to step in and more strictly regulate teens' access to all marijuana products.

"We are at a point in the marijuana legalization debate in this country where we can still prevent the worst of what commercializing an addictive substance can inflict on kids," Richter said. "For those states that choose to legalize the drug for adult use, there are many provisions that can be written into the law and regulations to protect youth from being exposed to, accessing and using the drug."

The new study was published Oct. 25 in the journal JAMA Pediatrics.

The Partnership to End Addiction has advice for parents about teen pot use.