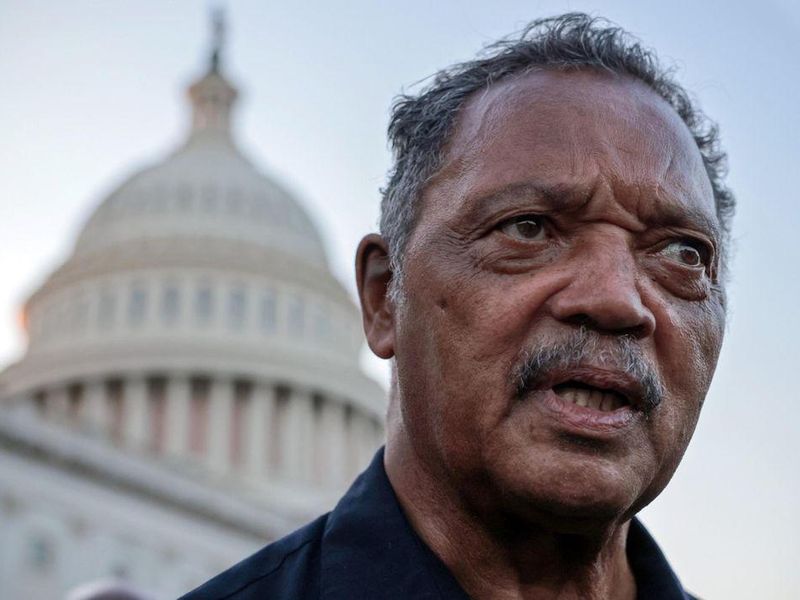 The Rev. Jesse Jackson and his wife and fellow civil rights activist, Jacqueline, remained in Northwestern Memorial Hospital in Chicago on Monday after testing positive for COVID-19, their family said.

Jesse Jackson is fully vaccinated, but Jacqueline Jackson has not been vaccinated, according to family spokesman Frank Watkins, who wouldn't provide more details on the matter, the Associated Press reported.

Age was a factor in their hospitalization that was announced Saturday, the AP reported. Jesse Jackson is 79 and Jacqueline Jackson is 77.

On Sunday, son Jonathon Jackson said both his parents were resting comfortably at the hospital and "responding positively to their treatments."

"The status of my parents has not changed," Jonathan Jackson said in a follow-up statement Monday. "We are ever mindful that COVID-19 is a serious disease and we ask that you continue in prayer for my parents, as we remain prayerful for yours."

Jesse Jackson has remained active in calling for voting rights and other issues in recent years, even after disclosing a Parkinson's diagnosis in 2017. During the pandemic, he has encouraged Black people to get COVID-19 vaccines. Vaccination rates among Blacks have lagged behind whites.

After Jackson got his first dose in January at a community hospital on Chicago's South Side, the crowd applauded, the AP said.

"Take the vaccination," Jackson said at the time. "Now."