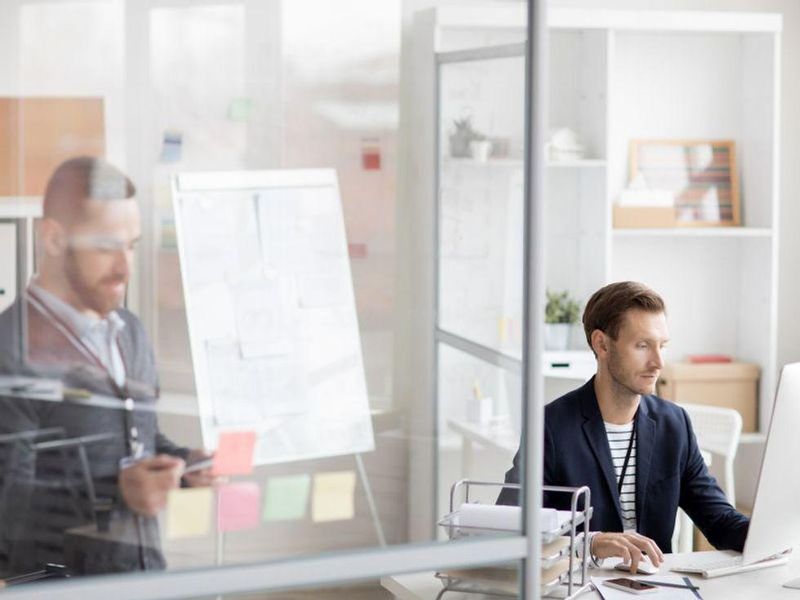 Sit All Day for Work? Simple Step Can Cut Your Health Risk

Take a work break: A small, new study suggests that getting out of your chair every half hour may help improve your blood sugar levels and your overall health.

Every hour spent sitting or lying down increases the risk for metabolic syndrome and type 2 diabetes, the study authors said. But moving around during those sedentary hours is an easy way to improve insulin sensitivity and reduce the odds of developing metabolic syndrome, which is a group of conditions that can lead to heart disease, diabetes, stroke and other health problems.

"Breaking a sedentary lifestyle has positive metabolic benefits in free-living humans, thus it is beneficial to not sit the whole day -- get up and move," said senior study author Dr. Erik Naslund. He is a professor in the department of clinical sciences at the Karolinska Institute in Stockholm.

A modest exercise intervention of three minutes every 30 minutes resulted in a small improvement in blood sugar and blood sugar fluctuations, the findings showed. However, Naslund said, "We did not see any impact on more long-term markers of metabolic health, such as glucose tolerance."

Naslund suggested that more breaks during periods of sitting would yield bigger benefits. "For greater benefits, most likely, a greater dose of exercise is needed," he said.

Dr. David Katz, president of the True Health Initiative, which promotes healthy living to prevent disease, said, "Though small and brief, this study has great appeal to a public health pragmatist. The pursuit of a 'minimal effective dose' of daily activity to confer meaningful metabolic benefit is a valuable addition to research in this area."

According to Katz, "More activity is better, of course, but this study helps to democratize the benefits of motion by showing the clear advantages of a dose almost everyone could achieve."

For the three-week study period, Naslund's team followed 16 obese adults who led a sedentary lifestyle or had a job where they sat all day. During 10 hours each day, a fitness tracker signaled every 30 minutes, reminding each participant to get up and move.

During these three-minute activity periods, the participants did low-to-moderate intensity activity, such as walking or climbing stairs. The researchers compared those who were active with a group that did not take activity breaks.

The investigators found that people in the active group had lower LDL ("bad") cholesterol, and lower blood sugar levels, compared with the inactive group.

People in the active group also had fewer spikes and dips in their blood sugar, which may have resulted from improved blood flow, the findings showed. Activity breaks, however, didn't improve overall glucose tolerance or fat in the muscles, and may not be enough to significantly improve glucose tolerance, the researchers noted.

Commenting on the study, Dr. Len Horovitz, an internist at Lenox Hill Hospital in New York City, said, "Sitting is the new smoking. If you don't move, you're going to freeze. Every calorie that you don't expend because you sit all day is a calorie you don't burn, muscles you don't use, circulation that doesn't get called upon."

People were meant to move and keep moving, Horovitz said. "If you stop moving, you freeze, which has all sorts of consequences including to your muscles, joints, circulation and blood sugar," he explained.

Everybody's supposed to exercise for 20 minutes three times a week, Horovitz noted, so at work, it's a good idea to regularly get up and move. "I have patients who wear an Apple Watch that tells them to stand up every 20 minutes and walk around -- the more you move, the better it is," he stressed.

The report was published online recently in the American Journal of Physiology--Endocrinology and Metabolism.

For more on the dangers of sitting too long, head to the Heart Foundation.