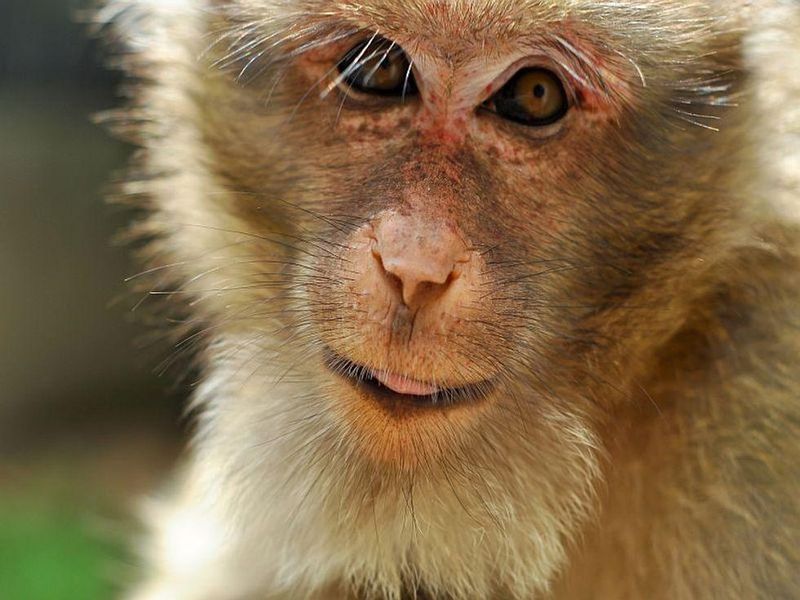 A Chinese researcher has died after catching a rare infectious disease called the Monkey B virus, Chinese Center for Disease Control and Prevention officials say.

In March, the 53-year-old veterinarian dissected two dead monkeys as part of his work in a Beijing research institute specializing in nonhuman primate breeding. He developed nausea, vomiting and fever a month later, and died May 27, the Washington Post reported.

Evidence of the Monkey B virus was found in the man's blood and saliva, making it the first documented case of the virus in China. Two of the man's close contacts, a male doctor and a female nurse, tested negative for the virus, officials said.

The Monkey B virus, also called the herpes B virus, is prevalent among macaque monkeys, but extremely rare among humans.

In humans, it can attack the central nervous system and cause brain inflammation that leads to a loss of consciousness, Kentaro Iwata, an infectious disease expert at Kobe University in Tokyo, told the Post. It has about an 80% death rate if it's not treated.

There have been less than 100 reported human cases of herpes B since the first case of primate-to-human transmission in 1932. Victims have tended to be veterinarians, scientists or researchers who work directly with primates and could be exposed to their bodily fluids through scratches, bites or dissections. According to the U.S. Centers for Disease Control and Prevention, there has only been one documented case of an infected human spreading the virus to another person, the Post reported.

Both herpes B and the novel coronavirus are "the consequence of species jumps," Nikolaus Osterrieder, dean of the Jockey Club College of Veterinary Medicine and Life Sciences in Hong Kong, told the Post. "But the important difference is that in the case from herpes B, it's a dead end. It's not jumping from one human to another human. SARS-CoV-2, on the other hand, acquired the ability to spread to a new host."

Still, Florida officials debated last year what to do over a rapidly growing population of rhesus monkeys -- an emerging tourist attraction -- many of which carried the herpes B virus, the Post reported.

Visit the U.S. Centers for Disease Control and Prevention for more on the herpes B virus.