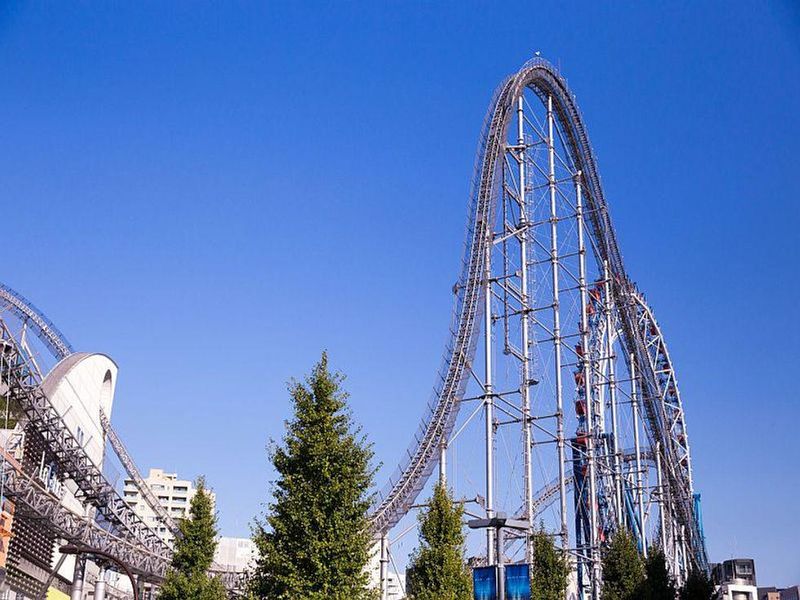 Roller coasters race up, down, over and back again at breakneck speeds, but if you are one of the millions of people who get migraines, the risks may not be worth the thrill.

A new study by German researchers shows that folks who get migraines will more likely feel motion sickness and dizziness after a virtual roller coaster ride, compared with people who don't get these blinding headaches.

These symptoms correlated directly with changes in key brain areas, the researchers said, and those insights could further research into easing the headaches.

"Migraine patients reported more dizziness and motion sickness, as well as longer symptom duration and intensity in a virtual roller coaster ride, and the brain of migraine patients reacted differently," said study author Dr. Arne May, a professor of neurology at the University of Hamburg. "We found differences not just in [symptoms], but also in specific activations of areas within the brain's cerebellum and the frontal gyrus."

The brain's cerebellum helps regulate balance and the frontal gyrus is responsible for visual processing.

More than just a cautionary tale about the risks of roller coaster rides for people with a history of migraines, the new findings add to the understanding of migraine as a sensory disorder and may pave the way toward treatments that address those symptoms.

For the study, 20 people with a history of migraine and 20 people without such a history watched videos to experience a virtual roller coaster ride while researchers used functional MRI scans to track brain activity.

People with migraine had increased activity in five areas of the brain that correlated with migraine disability and motion sickness scores, May said. "Migraine patients process visual input differently than other people do and activate a specific brain network when this occurs," May explained.

Dizziness and motion sickness are often neglected by doctors who treat migraines, even though they are part of the spectrum of symptoms with this disease. "If we can explain such symptoms and show that a specific brain area is activated during attacks, they will be better accepted," May said.

The study appears in the July 21 issue of Neurology,

Headache specialists said that the findings enhance the understanding and burden of migraine.

"It really confirms the dizziness and motion sensitivity that migraine sufferers experience, and broadens our perception of migraine as a sensory disorder," said Dr. Teshamae Monteith. She is an associate professor of clinical neurology and chief of the headache division at the University of Miami Miller School of Medicine. Monteith is also a fellow of the American Academy of Neurology.

"Migraine is an invisible disorder, but these imaging findings validate the dizziness and motion sensitivity and make us think about treatment outcomes other than headache," said Monteith. "These symptoms can be disabling and may also occur when playing virtual-reality video games."

"Dizziness is a common symptom reported by people impacted by migraine," agreed Dr. Brian Grosberg, director of the Hartford HealthCare Headache Center in Connecticut. "The findings in this study substantiate this experience and implicate areas of the brain involved in its processing."

Learn more about migraines and how they are treated at the American Academy of Neurology.