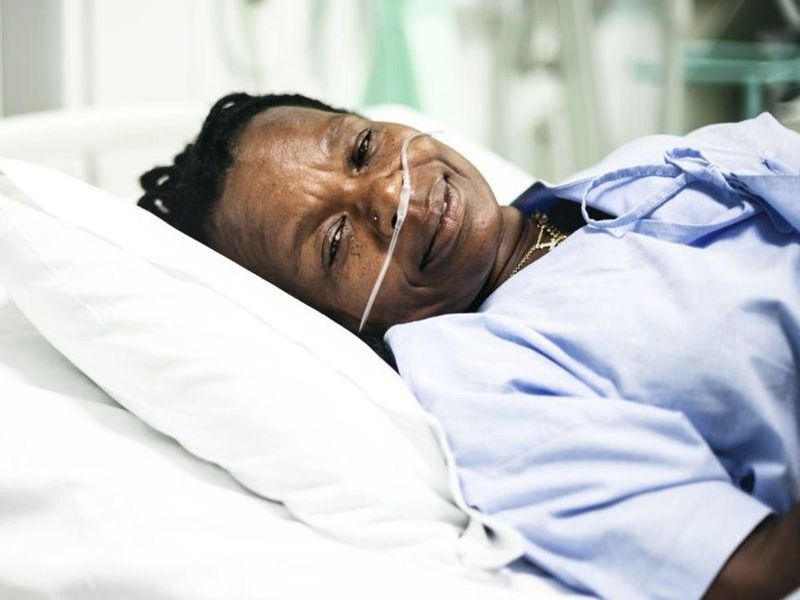 Gap in Breast Cancer Survival for Black, White Patients Shrinks, But Not by Enough

Racial disparities in breast cancer survival have narrowed in recent years, but Black women with the disease still have double the death rate of white women.

That's according to a study that tracked breast cancer trends in Florida between 1990 and 2015. Overall, deaths from the disease declined among Black, Hispanic and white women alike -- with the improvement being greater among minority women.

Over time, the result was a shrinking racial disparity. In fact, the gap between white women and Hispanic women disappeared in recent years.

"We should celebrate the progress that's been made, but there's still a lot of work to do," said lead researcher Robert Hines, an associate professor at the University of Central Florida College of Medicine, in Orlando.

Simply being a Black person, he said, should not be a risk factor for breast cancer death.

Hines said the study points to some key factors: Black women tend to be diagnosed at a later stage, and they are less likely than white women to receive surgery, radiation or hormone therapy.

Those factors -- along with poverty, lack of insurance and the aggressiveness of the cancer -- seemed to explain much of the death-rate disparity between Black women and white women, the study found.

The racial gap in U.S. breast cancer death rates has long been recognized, and there have been efforts to address it. Those efforts can partly explain the improvement over time, according to Dr. Ahmedin Jemal, a senior vice president at the American Cancer Society, in Atlanta.

"For example, the National Breast and Cervical Cancer Early Detection Program, supported by the Centers for Disease Prevention and Control, contributed to an increase in mammography use in Black women," said Jemal, who studies cancer disparities.

And in 2000, he added, Congress passed a law to ensure that low-income women diagnosed through that program could receive treatment through their state Medicaid program.

But, Jemal said, lack of insurance remains a barrier for Black women.

"The gap still remains largely because Black women are more likely to be uninsured and underinsured," he said. "They are less likely to receive timely and standard of care compared to white women."

And while Medicaid coverage exists, programs vary from state to state in who qualifies and what is covered. So obstacles accessing Medicaid could also be an ongoing factor, according to Jemal.

The findings -- published July 1 in the journal Cancer Epidemiology, Biomarkers & Prevention -- are based on more than 250,000 Florida women diagnosed with breast cancer between 1990 and 2015.

Over the years, the likelihood of dying within 10 years of diagnosis declined regardless of race: Among white women, the 10-year death rate dropped from just under 21% in the early 1990s to 14% between 2010 and 2015.

Among Black women, that figure fell from 36% to 26%, the researchers reported.

According to Hines, measures to address the gap in death rates over the years have largely focused on increasing access to mammography screening. That makes sense, he said, since earlier diagnosis should mean better survival odds.

But women can face other obstacles after screening, especially if they are lower-income, he said. They include delays in starting treatment, sticking with it and continuing with long-term follow-up.

Hines said more research is needed to figure out the specific reasons Black women still have a higher death rate from breast cancer.

While the study was done in Florida, Hines said the overall trend -- a narrowing but persistent racial gap -- mirrors what's been seen nationally in recent years.

And it's likely, he said, that many of the same factors linked to the disparity in this study are playing out in other states, too.

The American Cancer Society has more on finding and paying for cancer treatment.