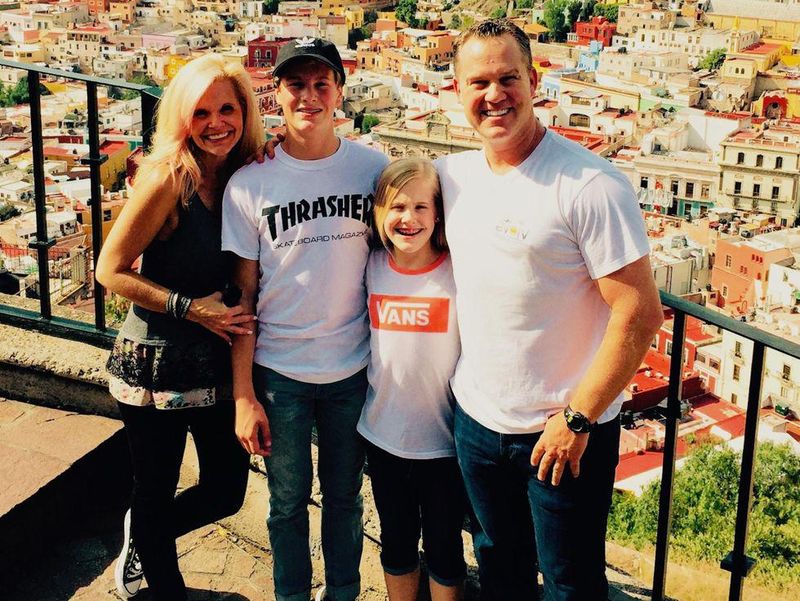 Girl's Tragedy Has Parents Calling for Changes to Car Design

Jay-Fay Fraser was in the back seat of her father's sedan, heading home from feeding the homeless on Thanksgiving 2016, when another car rear-ended them on the highway.

The driver's seat collapsed backward from the sudden force of the rear impact, slamming into Jay-Fay's head, her mother, Michelle Fraser, recounted.

"She lurched forward, the seat collapsed backward, and it basically cracked her skull all the way around," said Michelle Fraser, who lives in Dallas. "She had a 360-degree fracture."

Jay-Fay, who was 12 at the time, had been a state champion gymnast and nationally performing dancer. These days she is wheelchair-bound, unable to speak, and fed through a tube in her stomach.

And her parents are on a mission to make sure this doesn't happen to other families.

Fraser and her husband, Jason, are promoting federal legislation that would beef up safety standards for seat backs, which haven't been updated for half a century.

The NHTSA set the standard for seat back strength in 1967, and has not revisited the matter since, according to the Center for Auto Safety, a consumer advocacy group.

"In a sedan, the seat back is not any stronger than the average banquet chair. You can imagine pushing on a banquet chair; you could break it pretty easily, if you leaned it back hard enough with enough force," Fraser said.

"If they can make a self-driving car, if they can come up with that technology, there's a bunch of smart people who can figure out how to make these seat backs safer," she continued.

The Center for Auto Safety estimates that collapsing seat backs killed at least 898 children 12 and younger between 1990 and 2014, but executive director Jason Levine suspects there have been even more than that.

"It's very difficult to come up with good data, in part because the way crash data is collected does not specify seat back collapse or failure as a category," Levine said. "The exact size of this problem is hidden."

Police at the scene of a crash can check a box for whether a person was wearing their seatbelt, and in which direction the collision occurred, but not for whether a front seat collapsed onto a person riding in the back.

The Frasers were returning home on the freeway when they slowed to merge onto another highway, Michelle Fraser said. The other car slammed into their rear without slowing.

"When the impact occurred, it basically collapsed our trunk. When you looked at the car, there was no trunk left," Fraser said.

The fuselage of the car remained intact, but the driver's seat broke backward and drove into Jay-Fay's head.

Jay-Fay was put in a medically induced coma on mechanical ventilation to help reduce brain swelling from the injury. She spent a month and a half in intensive care, and then months more in the hospital and rehab before being released in May 2017.

"Where we are now is very hopeful. There's no real clear prognosis because brain healing is so different for each individual," Fraser said. "When people ask me what the prognosis is, I say, 'keep going. Just keep going.'"

Car safety advocates are hopeful that the Modernizing Seat Back Safety Act, which was introduced last Congress and reintroduced this spring, will wind up in one of the transportation bills being negotiated between legislators and President Joe Biden.

Not a difficult test

Currently, seat backs are tested by putting a certain amount of weight on the seat and then pulling on it with a set amount of force that mimics a rear-end collision, Levine said.

"The problem is, it's not a very difficult test to meet," Levine said.

"Think about everything that's changed with our cars over the last five-plus decades, from safety to design to technology to even just cosmetics, and imagine that the standards that determine how a seat performs in a crash have not been updated," Levine continued. "It's really hard to wrap your head around."

The NHTSA raised hopes for action in July 2019 when it released a technical report modeling front seat performance during rear impact crashes, Levine noted, but nothing has been done since.

"They put out a paper in 2019 that indicated one way to try to address this. They actually put a dollar amount on it. It would cost less than $4.63 per new seat," Levine said.

Cathy Chase is president of the Advocates for Highway and Auto Safety.

"We have solutions at hand. We just need Congress to direct the Department of Transportation to do this," Chase said.

"The department does not have to be directed to do so. It has its own authority. It could do this today, if it so chooses," Chase continued. "It has not, and that's why we turned to Congress to direct the agency to do so."

The Frasers hope that by speaking out, and by encouraging others to do the same, they will be able to force action by either Congress, the NHTSA or the auto industry.

"The auto industry probably realizes this is an issue that needs to be fixed, but unfortunately has not made moves to get that done," Fraser said. "NHTSA could just come in and say, 'Hey, this makes sense, we should improve this,' but they haven't done that so far, so now we're going the legislative route.

"We're not the only ones out there," Fraser added. "There are many, many people who have experienced this. Sadly, many of them didn't get to bring their children home from the hospital."

The auto industry group Alliance for Automotive Innovation did not respond to a request for comment.

The Center for Auto Safety has data on child seat back deaths, and the National Highway Traffic Safety Administration's technical report on front seat integrity can be read here.