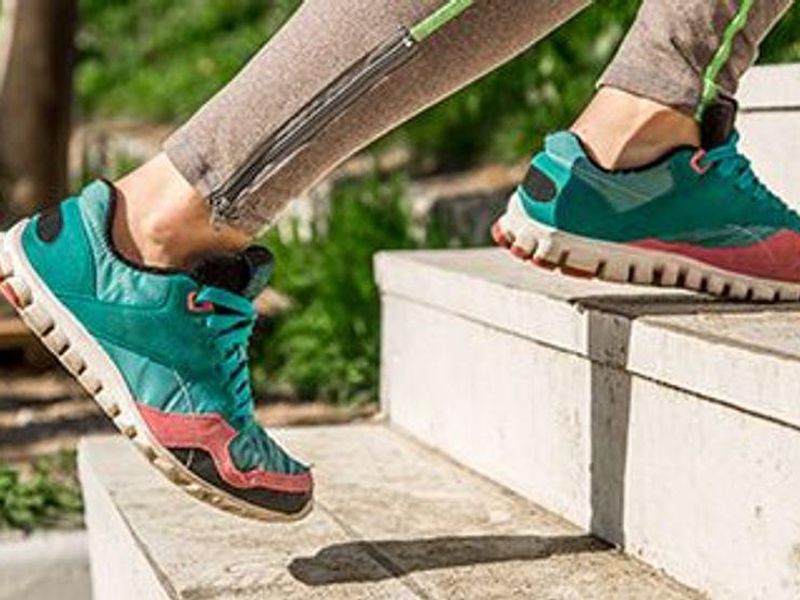 Stair Climbing a Big Step Up for Heart Patients' Health

If you are a heart patient, could climbing the stairs be a good workout alternative to the gym, particularly during a pandemic?

Researchers noted that less than a quarter of heart patients stick to exercise regimens and that common reasons for not doing so include lack of time, equipment and access to gyms.

"Brief, vigorous stair climbing and traditional moderate-intensity exercise both changed fitness, which is a key predictor of mortality after a cardiac event," said lead researcher Maureen MacDonald, a professor in the department of kinesiology at McMaster University in Hamilton, Ontario, Canada.

"We've shown stair climbing is a safe, efficient and feasible option for cardiac rehabilitation, which is particularly relevant during the pandemic when many people don't have the option to exercise in a gym," she said in a university news release.

The stair climbing involved three rounds of six flights of 12 stairs, separated by recovery periods of walking. The participants chose their own stepping pace.

They also had substantial muscular improvement, according to the studies. They were published in the June issue of the journal Medicine & Science in Sports & Exercise and recently in the journal Frontiers.

"These patients who had undergone a coronary bypass or stent procedure had muscle that was compromised, compared to age-matched healthy controls," said study co-author Stuart Phillips, also a professor in the department of kinesiology at McMaster.

The findings show that heart patients can still repair and build lost muscle.

"Even in just a short period, whether it was moderate-intensity, continuous training or high-intensity stair climbing, there were beneficial adaptations in muscles after a cardiac procedure," Phillips said in the release. "The improvements were clear."

The U.S. National Library of Medicine has more on heart disease and exercise.