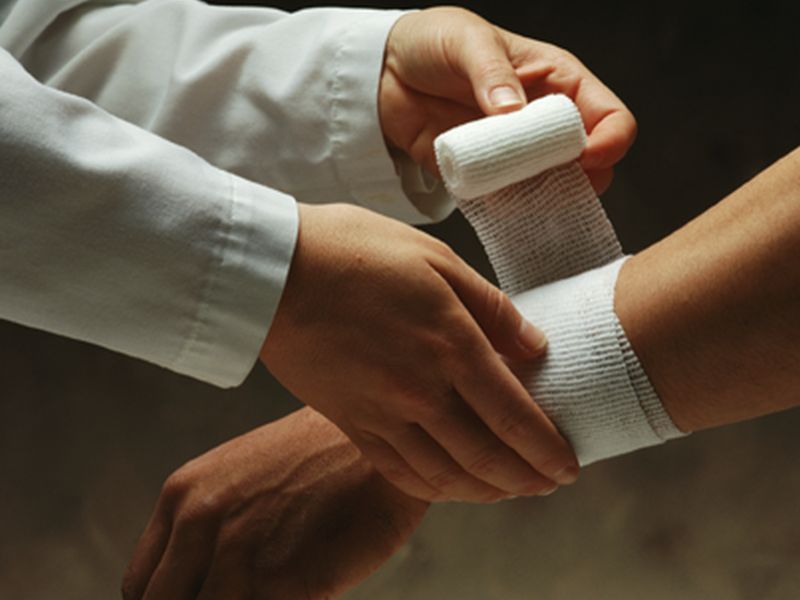 Not Just Keyboards: Many Types of Workers Can Develop Carpal Tunnel

Why the higher rates of injury among manual laborers? Investigators found such work requires lifting, gripping and forceful wrist motion, all of which are associated with higher rates of carpal tunnel syndrome.

"This study is an important reminder that carpal tunnel is a primary contributor to hand and upper extremity pain in both the clerical and manufacturing work places, and that ergonomic conditions for workers in both industries should be equally considered," said study senior investigator Dr. Charles Day. He is executive vice chair and chief of hand and upper extremity surgery in the department of orthopedic surgery at Henry Ford Health System in Detroit.

Carpal tunnel syndrome is one of the most common work-related injuries. It causes swelling of the ligaments and bones in the wrist, leading to nerve compression. Common symptoms range from mild occasional numbness in the fingers to hand weakness, loss of feeling, extreme night pain and loss of hand function.

Motions associated with a risk of developing carpal tunnel syndrome include high-force hammering, long-term use, extreme wrist motions and vibration, the study authors noted in a health system news release.

When health care costs, reduced productivity, missed work and the potential lost income from changing careers are considered, the typical carpal tunnel syndrome case may have an overall societal cost of between $47,000 and $119,000, the study findings showed.

Carpal tunnel syndrome in the United States is estimated to cost more than $2 billion a year, mainly due to surgery, mental health treatment, and loss of earnings and productivity.

The report was published in the March issue of the Journal of Occupational and Environmental Medicine.

The U.S. National Institute of Neurological Disorders and Stroke has more on carpal tunnel syndrome.