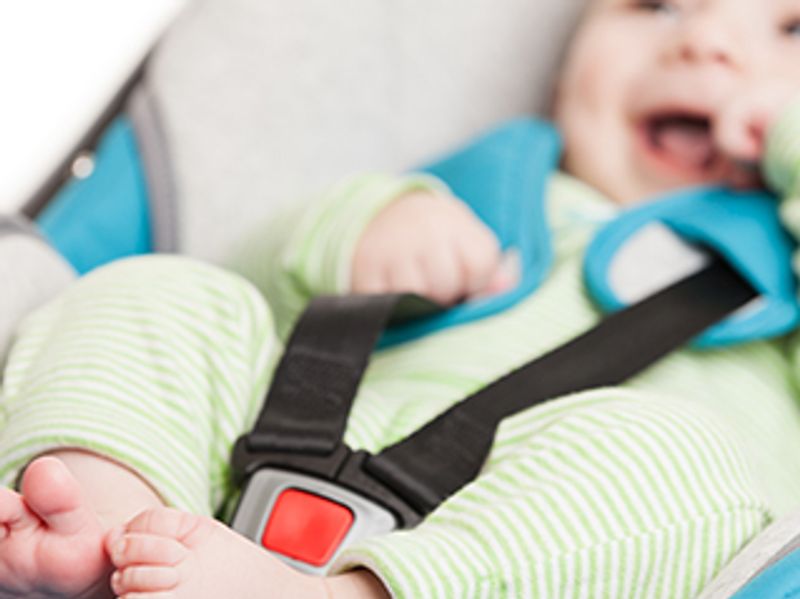 Many U.S. parents don't use child safety seats when they take ride-share vehicles like Uber or Lyft with their young children, a new study finds.

"Car accidents remain the leading cause of death for children under 10 years old, and traveling without the recommended child restraint system increases the risk for serious injury or death in a crash," she explained.

"Importantly, our findings suggest that even parents who usually use child car seats face barriers to doing so in ride-share vehicles," Macy said in a hospital news release. "Or, parents may view traveling in ride-share services as different, in terms of risk and legal requirements, than traveling in their family vehicle."

For the study, Macy's team surveyed parents across the United States and found that most who use ride-share services do so with their children, but only half of those with children 8 years or younger said their child traveled in child car seats or booster seats when in ride-share vehicles.

Among parents of children 8 and younger, more than 40% used only a seat belt for their child, while 10% traveled with their child on their lap or unrestrained, the findings showed.

Overall, parents reported lower rates of child car seat use in ride-share vehicles compared with how their child usually travels, according to the study published online March 25 in the journal Academic Pediatrics.

In the United States, child car seat laws vary by state, but most states require children younger than 8 to travel in a child car seat or booster seat when in ride-share, the researchers noted.

"These interventions could be targeted toward families of school-age children, since this age group had more suboptimal restraint use in ride-share," she noted.

The American Academy of Pediatrics has more about car seats.