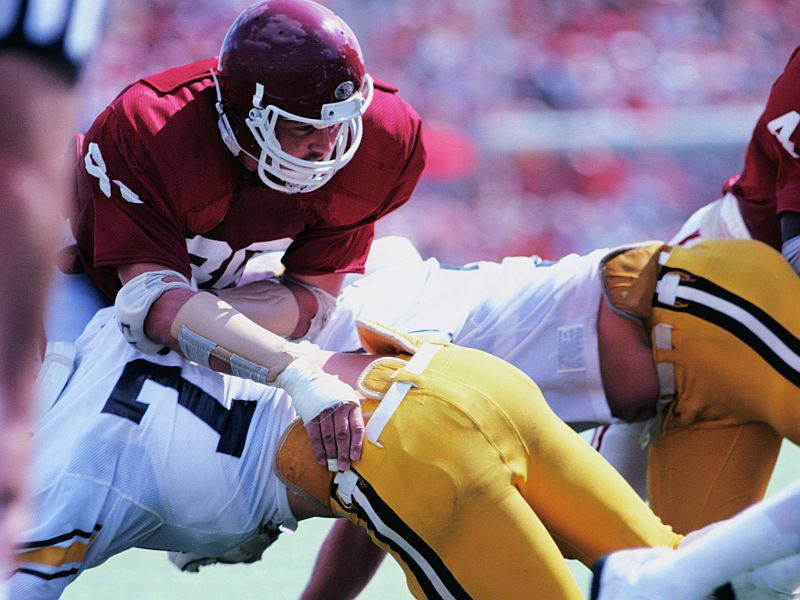 The position played in sports like football and hockey isn't associated with risk of a concussion-linked brain disease later in life, a new study suggests.

CTE has been linked with repeated blows to the head. Symptoms include behavioral, mood and thinking problems. The disease often progresses over time and can lead to dementia, according to the study. The results were published online Feb. 24 in the journal Neurology.

"In football, linemen tend to get more concussions than players at other positions; in hockey, forwards do," said study author Dr. Lili-Naz Hazrati, from the Hospital for Sick Children in Toronto.

"Also, longer careers have been associated with an increased number of concussions. But it hasn't been clear whether position played and career length are tied to an increased risk of CTE," Hazrati said in a journal news release.

In this study, the researchers examined the brains of 35 men who played football (24) or hockey (11) at the professional or elite level. Their average age when they died was 63. All had neurological or neuropsychiatric symptoms, ranging from minor mood disorders to severe dementia.

Of the 35 men, about half were found to have CTE, which was determined by the amount of tau deposits, or protein tangles, in the brain.

The researchers looked at the length of the athletes' careers, the position they played and their age when they retired from competitive sports. They also checked the fighting history and number of penalty minutes among the hockey players.

Hazrati said the results "are surprising," given that previous studies have found CTE in 80% of autopsied brains of pro football players.

"More research into factors not related to sports, like genetic factors, stress, drugs or alcohol, may help us understand why different athletes have different susceptibilities to CTE," she added.

Further research with larger numbers of athletes is needed to confirm these findings.