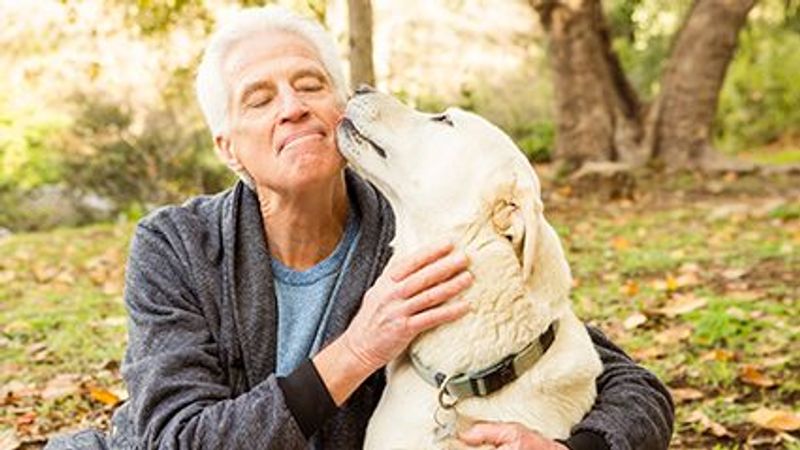 If your dog has diabetes, there's a better chance that you do, too, or that you may develop the disease.

A new study from researchers in Sweden and the United Kingdom found that owning a dog with diabetes was tied to a 38% increased risk of type 2 diabetes for the dog owner.

Why the correlation between pooches and their human pals? According to researchers led by Beatrice Kennedy, of Uppsala University in Sweden, dogs and their owners share the same home, and by extension some of the same behavioral risks. Those risks include what they eat and how much (or how little) they exercise.

One U.S. expert in diabetes who wasn't involved in the study agreed with that theory.

"Physical activity has steadily declined in modern times, and it may be that physically active dogs with physically active owners are at lower risk of developing insulin resistance -- which is what ultimately leads to type 2 diabetes," explained Dr. Minisha Sood, an endocrinologist at Lenox Hill Hospital in New York City.

On the hand, Sood said, "if a dog and their owner both have a sedentary lifestyle or shared poor nutrition, the risk of insulin resistance and therefore diabetes increases."

The new study found there is no shared risk of diabetes between cat owners and their pets.

Though this was an observational study and researchers couldn't determine cause, it is possible that dogs with diabetes could be a kind of "sentinel," warning owners that they, too, might be at high risk for the disease, Kennedy's group said.

In the study, her team used veterinary insurance data to identify nearly 209,000 owner-dog pairs, as well as more than 123,500 owner-cat pairs between Jan. 1, 2004 and Dec. 31, 2006. The researchers linked the information to Swedish health and drug registers to identify cases of type 2 diabetes in dog and cat owners, as well as cases of diabetes and pets over a six-year follow-up period between Jan. 1, 2007 and Dec. 31, 2012.

The study considered factors that could influence the results, including personal and socioeconomic circumstances of the dog owners.

More than 400 million people worldwide now have type 2 diabetes and the number is likely to grow, the researchers said. Past studies have suggested a link between obesity in dog owners and their pets, they added.

The study was published Dec. 10 in the BMJ.

Visit the American Diabetes Association to learn more about diabetes.