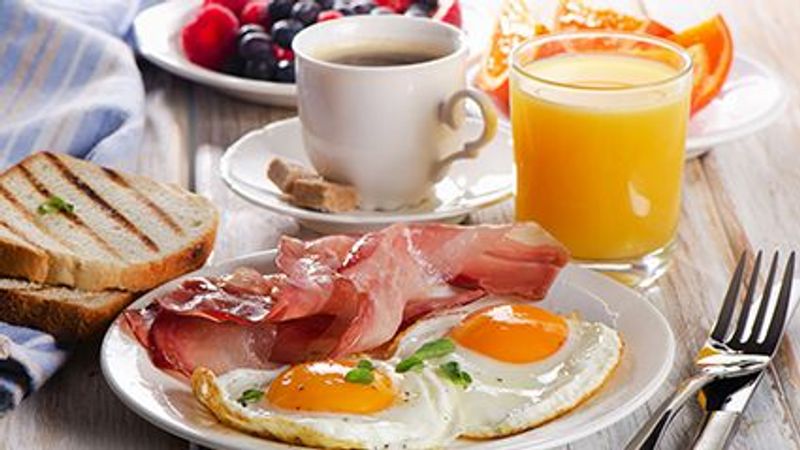 If you're overweight, eating most of your calories early in the day won't boost the benefit of a healthy diet, new research suggests.

All participants consumed the same prepared, healthy meals. Weight and blood pressure were measured at the beginning of the study, and again at four, eight and 12 weeks. The analysis found that people in both groups lost weight and had decreased blood pressure, regardless of when they ate.

"We have wondered for a long time if when one eats during the day affects the way the body uses and stores energy," said researcher Dr. Nisa Maruthur. She's an associate professor of medicine, epidemiology and nursing at Johns Hopkins University in Baltimore.

"Most prior studies have not controlled the number of calories, so it wasn't clear if people who ate earlier just ate fewer calories. In this study, the only thing we changed was the time of day of eating," Maruthur explained.

The findings were scheduled for presentation Friday at the American Heart Association's (AHA) virtual annual meeting. Research presented at medical meetings should be considered preliminary until published in a peer-reviewed journal.

"We thought that the time-restricted group would lose more weight," Maruthur said in an AHA news release. "Yet, that didn't happen. We did not see any difference in weight loss for those who ate most of their calories earlier versus later in the day. We did not see any effects on blood pressure either."

For more on a healthy diet, head to the U.S. National Heart, Lung, and Blood Institute.