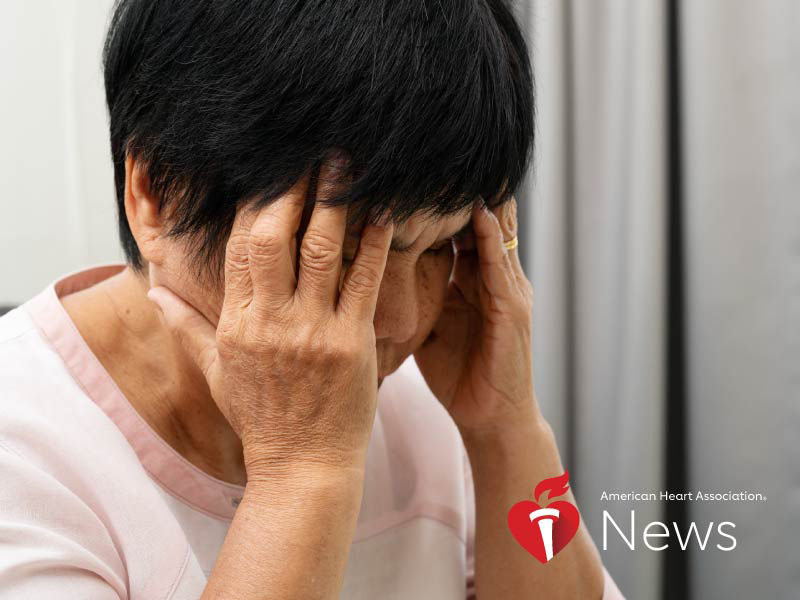 A transient ischemic attack, often called a mini-stroke, usually doesn't last long or cause permanent damage. But it still needs medical attention, because it may be warning of a future stroke that can have dire consequences.

Research has shown women are less likely than men to be diagnosed with TIAs, and a study published Wednesday in the American Heart Association journal Stroke aimed to explore why.

"Unlike a heart attack, the diagnosis of TIA doesn't depend on a biomarker or a diagnostic test where you can definitely say this occurred," said lead author Sophia Gocan, a stroke prevention nurse specialist at The Ottawa Hospital in Canada. "So, it really relies on a stroke specialist's expertise to say if this was a concerning event. That's important because the specialist's decision determines whether that patient is going to go on to have different diagnostic tests or be prescribed therapies to prevent a stroke."

The researchers examined the records of 1,770 patients referred to The Ottawa Hospital Stroke Prevention Clinic in 2015 to see if men and women reporting common symptoms were diagnosed differently.

Stroke is the fifth-leading cause of death in the United States, killing nearly 150,000 people each year, and is a major cause of disability for those who survive. It occurs when the blood supply to the brain is interrupted, either by an artery that is blocked or ruptures. In a TIA, the blockage is only temporary, so some people may not notice it or ignore the dangers.

But the symptoms are the same, including numbness, severe headache, confusion, slurred speech and dizziness.

While many of the symptoms led to the same diagnosis in both men and women, the Ottawa study found several gender-specific differences.

"We know this is really just scratching the surface," Gocan said. "Maybe this is an indication that women need to use certain keywords when they're talking about their diagnosis to be taken as seriously, or maybe women and men describe their symptoms differently. That could be an important thing to look at in the future."

One factor in the disparity, Gocan said, could be migraine headaches are more common among women. That might make women less likely to suspect a headache is signaling a TIA or stroke – or doctors more likely to dismiss a woman's headache as a migraine.

"We've (medically) treated men and women the same for so many years," she said. "We need to make sure we're not painting everyone with the same brush when they may need a different approach."

Dr. Karen Furie, chair of neurology at the Alpert Medical School of Brown University in Providence, Rhode Island, said the study had the benefit of a large database, equally divided between men and women.

"They were able to tease this out a bit better than some of the previous studies," said Furie, who was not involved in the research. "It delivers an important message, that any neurological symptoms need to be considered as possible TIA or stroke, regardless of whether the patient is a man or a woman."

That responsibility rests with both doctors and patients, she said.

"If you have sudden onset of symptoms that can't be explained by something else, patients should ask if this could have been a TIA or stroke, and not be comfortable until the clinicians have been able to rule that out," Furie said. "If you don't even think about TIA, you might send somebody away with no anti-thrombotic therapy (to prevent blood clots), which means their risk of coming back with a stroke is significantly higher."

That's even more dangerous for women. According to the AHA, women accounted for 58% of stroke deaths in 2017.

"Things like gaps in diagnosis may have an important impact," Gocan said. "We need more research to understand it better."