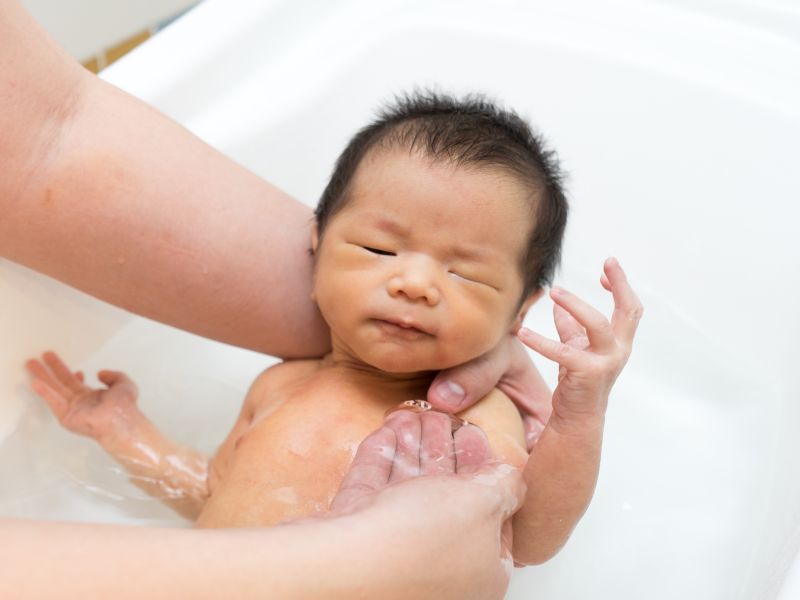 A Bit of Mom's Poop Might Boost Health of C-Section Babies: Study

Delivering by cesarean section deprives babies from receiving mom's beneficial bacteria during the journey through the birth canal. Now researchers are studying an innovative way to counter that: Feeding newborns breast milk fortified with their mother's poop.

There is, indeed, a yuck factor, the scientists acknowledge. But they also stress that the tactic, still under study, is done through a carefully controlled, hygienic process. And mothers seem to be all for it.

The research, described in the Oct. 1 issue of Cell, is part of a growing interest in the microbiome -- the vast collection of bacteria and other microbes that naturally dwell in and on the body.

Studies in recent years have been revealing just how important those bugs are to the body's normal processes -- from metabolism to immune defenses to brain function.

And there's evidence that the way a baby is delivered could have critical effects on the composition of the early-life microbiome.

Vaginal childbirth exposes newborns to the beneficial microbes in the birth canal, but C-sections bypass that process. In turn, studies have found that babies born by cesarean tend to have different microbiomes than babies born vaginally.

Those differences can be seen out to one year of age, said Dr. Martin Blaser, a professor and chairman of the human microbiome at Rutgers Robert Wood Johnson Medical School in Piscataway, N.J.

"Things do normalize, but for a while the microbiome is abnormal," said Blaser, who was not involved in the new study.

Children born by C-section tend to have higher risks for conditions like asthma, allergies, obesity and type 1 diabetes, Blaser said. And it's thought that the early-life microbiome may play a role, by affecting immune system and metabolic development.

In a small 2016 study, Blaser's colleague and wife, Maria Dominguez-Bello, tested a way to "restore" a more-normal microbiome to C-section babies: swabbing them with their mothers' vaginal fluids right after birth.

It seemed to work. One month later, the swabbed infants had microbial communities that were more similar to vaginally delivered babies' than to those of other C-section babies.

The new study took a different route to restoring the microbiome: diluting a mother's fecal sample in breast milk, and feeding it to her infant shortly after birth.

Seven women provided the samples three weeks before undergoing a planned C-section. All were carefully screened for viruses like hepatitis and HIV, and the fecal samples were tested for a range of bacterial infections and parasites, according to co-senior researcher Dr. Sture Andersson.

The breast milk was the mother's own, or retrieved from a donor-milk bank.

"This should only be performed under rigorously controlled conditions," stressed Andersson, of the Pediatric Research Center at the University of Helsinki.

Similar to the swabbing study, this one found that internally delivering moms' microbes seemed to affect development of the newborns' microbiome. At the age of 3 months, the babies' microbial makeup looked more like that of vaginally delivered babies than untreated C-section infants'.

But the "big question," Blaser said, is whether that will translate into future health benefits, like lower risks of asthma, allergies or obesity.

"That will take some time to show," he said.

As a next step, the Finnish researchers plan to study immune-system development in babies who receive the fortified breast milk. Unlike the current study, future ones will include a comparison group of C-section babies who will receive breast milk with no added fecal sample.

Breastfeeding, itself, helps in forming a healthy microbiome. It's likely, Andersson said, that "some microbiome" was transferred by the breast milk, not only the fecal sample -- and the two "may act in concert."

Blaser called the approach "rather ingenious," but said it remains to be seen whether it is any more effective than the vaginal swabbing tactic.

He noted that in the United States, about one-third of births are done by C-section. Worldwide, Blaser said, C-section rates vary hugely by country -- from percentages in the single digits to more than 50%.

"How many of those C-sections are unnecessary?" Blaser questioned. "Because of the effects on the microbiome, there are consequences to it."

For now, the Finnish researchers stressed that their approach to microbiome restoration is not a do-it-yourself technique. The samples "have to be tested for safety and suitability," they said.

Harvard School of Public Health has more on the human microbiome.