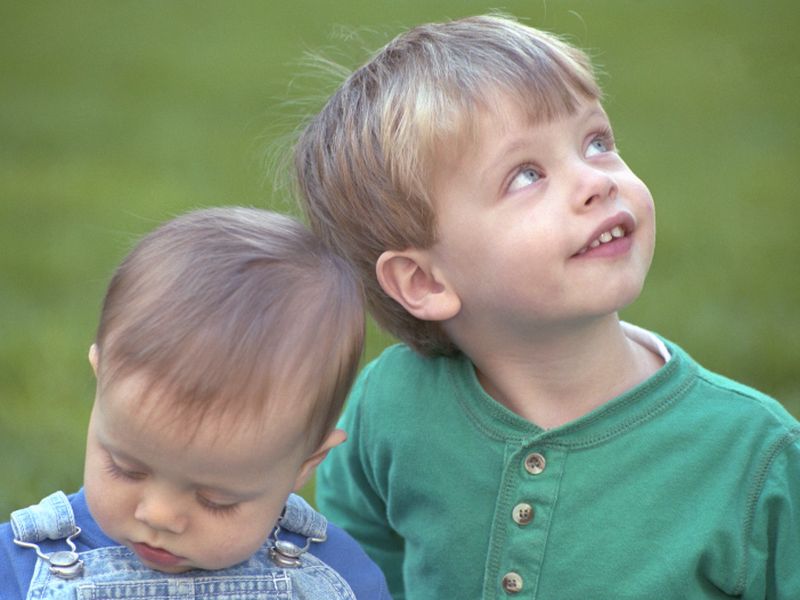 Young boys whose mothers were exposed to chemicals known as phthalates while pregnant may face an increased risk for developing behaviors associated with autism, a new study warns.

Phthalates are chemicals found in many household products, including cosmetics and plastics.

The study didn't identify a heightened risk for autism per se among boys, but rather a "small" increase in the chance for developing certain autism-related traits by age 3 or 4. These include social impairment, repetitive behaviors and restricted interests, said study lead author Youssef Oulhote. This elevated risk was not seen in girls.

But it appears that folic acid supplements while pregnant offer protection against this risk, said Oulhote, an assistant professor of biostatistics and epidemiology at the University of Massachusetts Amherst.

"The main finding of this study is not just that phthalates are associated with more autistic traits, but mainly how adequate folic acid supplementation in pregnancy may offset these effects and protect from potential harmful chemicals. This is an important finding," he added.

Phthalates have long been the subject of controversy. Research has suggested they could disrupt hormones in developing children. Despite their removal from many household items, Oulhote noted phthalates can still be found in a wide range of consumer goods, including fragrances, shampoos and personal care products, detergents, industrial solvents, and vinyl flooring. They are also in some plastics, food packaging and medical devices.

For the study, the researchers reviewed data on roughly 2,000 women across 10 Canadian cities between 2008 and 2011. All were in their first trimester of pregnancy.

Urine samples from the women were analyzed for 11 phthalate compounds. Researchers also asked about folic acid intake. The U.S. Centers for Disease Control and Prevention recommends that all women of childbearing age take 400 micrograms of folic acid daily to help prevent some major defects of the brain.

More than 600 of the participants' children then underwent a neurological assessment and social impairment testing at ages 3 to 4.

Oulhote said that he was not surprised that girls weren't affected given that phthalates can play havoc with the hormonal system.

The hormonal system "is quite different between boys and girls," Oulhote said. "So we do expect that these chemicals would have differential effects by sex."

But in light of the findings regarding young boys, should women be alarmed by the prospect of phthalate exposure?

"Autism is complex, and very likely a multifactorial disease," Oulhote said. "Genetics plays an important role. But there may be other environmental factors interacting with genetic susceptibility to yield autism and its associated traits."

The study, while only finding an association, suggests phthalates could be one of those factors.

Although the effect is small, he said, "when you combine this with the fact that these chemicals are ubiquitous and widespread, the effect of these small estimates at a population level may be considerable."

So what are expectant mothers to do? Oulhote suggested that in general, "everyone should try to lower their fragrance and cosmetics use, avoid plastic food packaging when possible, and especially not warm food in plastic packaging."

That thought was seconded by Dr. Andrew Adesman, chief of developmental and behavioral pediatrics at the Cohen Children's Medical Center of New York in New Hyde Park.

"Although it is probably not realistic to completely ban phthalates from the marketplace, improved product labeling and greater public awareness are two steps that could help reduce one's exposure to phthalates and some of the risks they may pose," said Adesman, who wasn't involved with the study.

Meanwhile, "given that there is a growing body of research suggesting that prenatal exposure to phthalates can have a range of adverse effects, young women should try to limit their exposure to these chemicals," Adesman added.

They should also "begin taking a folic acid supplement three months before they plan to conceive," he recommended.

The findings are in the Feb. 19 issue of Environmental Health Perspectives.

There's more about phthalates at the U.S. Centers for Disease Control and Prevention.