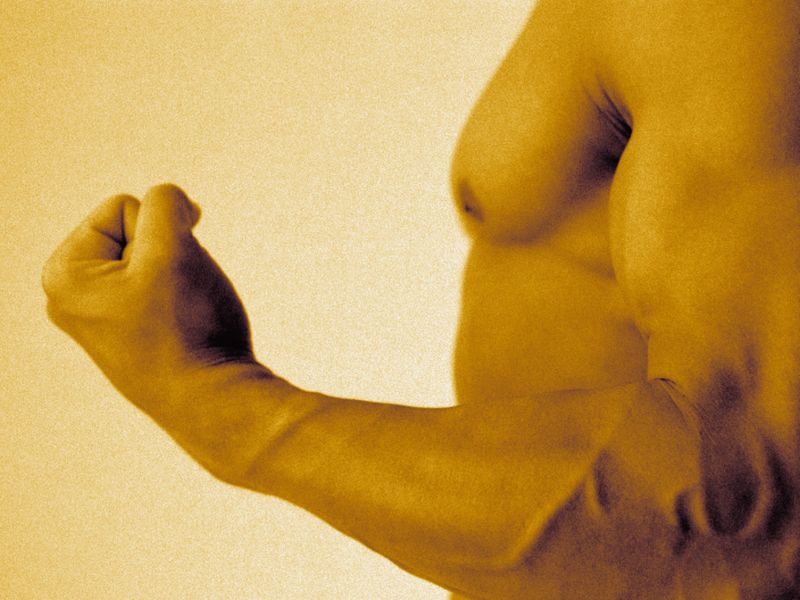 Men who abuse hormones such as testosterone or steroids for bodybuilding can have declines in sperm and testosterone production, researchers say.

The good news: these changes seem to reverse once men stop hormone overuse.

While the use of nonprescribed male hormones (androgens) has surged in many wealthy countries, there has been little research into their effect on men's reproductive function, including sperm production, testosterone and fertility, according to lead researcher Nandini Shankara Narayana. She's an endocrinologist at the University of Sydney and Concord Repatriation General Hospital in Australia.

The study of 93 men included 41 who were currently using testosterone or steroids; 31 who had used them three or more months before the study; and 21 healthy men who exercised regularly and did not use androgens.

Compared with men who had stopped using the hormones or who had never taken them, current users had significantly smaller testicles, on average, and lower sperm output, the study found.

Former users did not differ from men who had never taken the supplements in terms of sperm production and hormone levels, indicating complete recovery, according to the study presented Monday at the Endocrine Society's annual meeting, in New Orleans.

"These results will help endocrinologists involved in care of men who are using typically nonprescribed, high doses of androgens for bodybuilding, a practice that is increasingly recognized but for which virtually no prognostic information has been available to support medical care during recovery from androgen abuse," Shankara Narayana said in an Endocrine Society news release.

Research presented at medical meetings should be viewed as preliminary until published in a peer-reviewed journal.

The U.S. Food and Drug Administration has more on the risks of bodybuilding products.