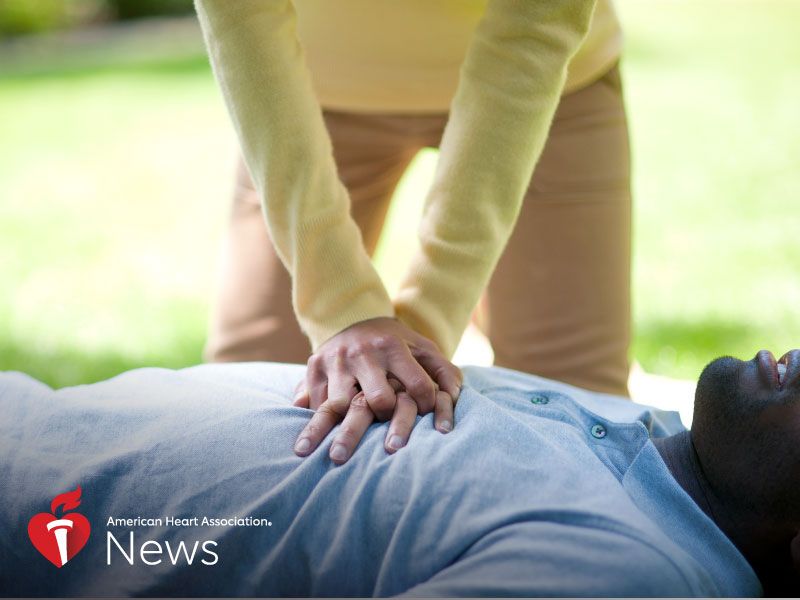 When we watch movies and TV, we know that people can't actually fly, zombies aren't real and animals can't talk, among other scenarios presented for our entertainment.

So when CPR and other heroic measures to revive an unconscious victim pop up on the screen, should we react the same way?

"Movies very rarely get it right," said Dr. Howie Mell, an emergency room physician in suburban Chicago who has also been a firefighter and paramedic. "They need to create drama and tell a story in a succinct and cohesive manner. That doesn't always lend itself to an accurate portrayal."

Many health professionals wish that were different. Several studies in recent years have compared on-screen cardiac crises to reality and lamented the results.

Dr. Neil Shulman, associate professor of medicine at Emory University in Atlanta as well as an author and humorist, said popular culture can play a significant role in patient empowerment.

"It's easier to attract people to something that will make them laugh or be entertained than to be educated," said Shulman, whose novel "What? Dead … Again?" was made into the 1991 film "Doc Hollywood" starring Michael J. Fox. "But if you can mix the two, you can have a giant impact."

Mell, a spokesperson for the American College of Emergency Physicians, noted several areas where entertainment is falling short. Foremost, he said, is the common scene where "the ambulance comes roaring in and the CPR save occurs in the hospital, where the medical team is the center of the drama. That's exceptionally rare."

Most cardiac arrests occur outside the hospital, with survival often depending on a bystander starting CPR immediately and an emergency medical team arriving quickly. When that doesn't happen, he said, the victim will probably die.

"In the best circumstances, maybe one or two out of 10 are going to survive," Mell said. "But the public believes it's 9 out of 10. Hollywood changes the perception."

The biggest factor in increasing the save rate, Mell said, is widespread CPR training. Starting CPR immediately can double or triple the odds of someone surviving a cardiac arrest.

"You are far better pushing on the chest of someone who doesn't need it than standing around trying to decide if it's necessary," he said.

But do we learn that from watching heroic on-screen doctors?

"I think I have watched about as much film and probably more television than anybody in the country," said Bob Thompson, professor of television and popular culture at Syracuse University in New York. "I've seen a lot of CPR, but I certainly don't feel like what I learned qualified me to do it, any more than I've watched people deliver a baby hundreds of times and don't know more than to say, 'Breathe! One more push!'"

Thompson said the CPR message has been further muddled over the years by frequent scenes of comic awkwardness involving mouth-to-mouth resuscitation.

That message has changed. In 2015 the American Heart Association included Hands-Only CPR in its guidelines to allow those who don't know how to give "rescue breaths" -- or are uncomfortable doing it -- the option to provide only chest compressions until qualified help arrives. (For children, both chest compressions and rescue breaths are still recommended.)

"It's extremely easy to provide CPR to an adult," Mell said. "Place your hands in the middle of the chest and compress at the rate of 100 to 120 compressions per minute, which is roughly the beat of the song 'Staying Alive.' That's it."

Mell said that an AED, which delivers an electric shock to the heart to restore a normal rhythm after cardiac arrest, comes with simple instructions and helpful graphics so most untrained rescuers can use it successfully.

Defibrillators are key to Mell's other dramatic pet peeve, the ubiquitous scene where actors in white coats apply paddles to a patient who has flat-lined and shock him or her back to life.

"That always makes me cringe," he said. "It makes for good drama, but we don't do that."

The shock actually stops a heart that is twitching or not beating rhythmically in hopes of restoring a regular heartbeat.

"It's kind of like a reset button," he said. "But you don't do control-alt-delete when the computer is off."

Mell doesn't expect Hollywood to dilute its entertainment value, but he does have a suggestion for popular shows like "Grey's Anatomy."

"I would love to see a couple episodes where they show an out-of-hospital cardiac arrest and then at the end show a two-minute video about how to do CPR," he said.

Thompson agreed, but has this advice in the meantime.