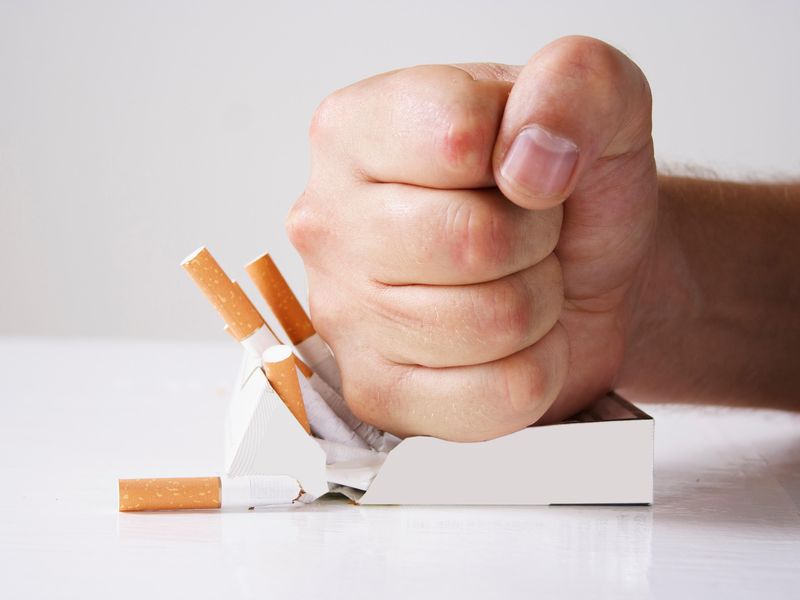 Could Psychedelics Help You Kick the Habit?

Smoking is an incredibly hard habit to break. Anne Levine of Baltimore can attest to that.

But Levine, 58, is getting help from a potential new tool: psychedelics.

The four-decade smoker has tried to quit a dozen times. But once she became part of a research trial testing a psychedelic drug, quitting became easier.

Researchers think they may have found the answer to quitting in a compound called psilocybin, a drug also found in "magic mushrooms."

"There's several existing treatments, both medications and other therapies, but they all have lots of room for improvement," Matthew Johnson, a psychedelic researcher at Johns Hopkins Medicine, told NBC News. "None of the medications help a majority of the people long-term. Even six months down the road, it's pretty small success rates."

Johnson is leading a randomized controlled trial supported by the U.S. National Institutes of Health.

This is the first time in 50 years the federal government has given a grant to study a psychedelic drug as a treatment, NBC News reported.

"The fact that the NIH is now interested in these types of studies is a great thing," said Dr. Charles Nemeroff, chair of psychiatry and behavioral sciences at the University of Texas Medical School at Austin.

"It'll provide us with funding to be able to do these controlled studies," Nemeroff told NBC. He is not involved with the new study.

Researchers from Johns Hopkins, NYU Langone Health and the University of Alabama at Birmingham will collaborate on the trial, which could include more than 60 participants.

One group will receive two doses of psilocybin as part of the study. The other will get two doses of niacin, a type of B vitamin. All will have talk therapy, as well.

An earlier small pilot study by Johnson and his colleagues found that psilocybin helped 10 of 15 participants quit for at least a year, the news agency reported.

That team is also comparing psilocybin to nicotine patches in effectiveness in an open-label trial that includes 61 participants who know the treatment they're getting.

So far, about half of the participants in that trial who received psilocybin have stopped smoking for a year. About 27% of those who used nicotine patches have done the same.

Among the participants is Levine.

"I don't crave cigarettes anymore, which is the craziest thing, because every time I've quit before, I've always craved a cigarette," said Levine, one of those who received psilocybin.

Other recent research on psychedelics has focused on mental health disorders, including testing psilocybin as a treatment for post-traumatic stress disorders, addiction, depression and to help people stop drinking alcohol.

In theory, new learning is possible and "behavioral change can occur where it hasn't been able to occur before," Nemeroff said.

Fewer than 1 in 10 smokers who try to quit succeed, according to the U.S. Centers for Disease Control and Prevention.

The U.S. Centers for Disease Control and Prevention has some tips to quit smoking.