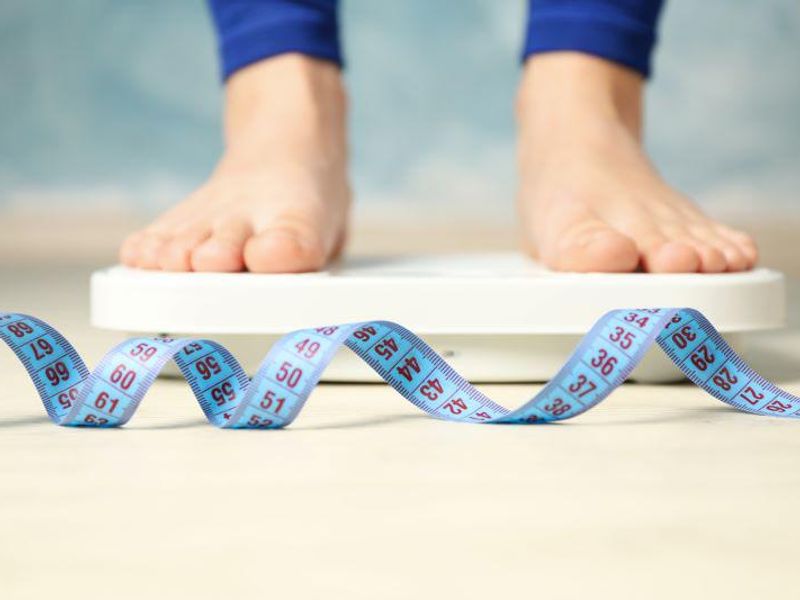 The obesity epidemic isn't slowing down anytime soon, and new research delivers even worse news: Most American adults have not only gained more weight, but they gained most of it earlier in life.

It got worse: People were gaining more substantial amounts of weight earlier in adulthood, thus carrying more of that extra weight for more years, researchers found.

This pattern was surprising, said study author Larry Tucker, a professor of exercise science at Brigham Young University in Salt Lake City, Utah. "What people don't realize is that most of that weight, the actual gaining of weight, is highest at a younger age."

In the study, his team culled data from the National Health and Nutrition Examination Survey (NHANES) on 10-year weight change patterns of more than 13,800 U.S. adults.

Women gained twice as much weight as men, 12 pounds, on average, compared to about 6 pounds. Black women had the greatest average weight gain over 10 years, about 19.4 pounds.

Reasons for the nationwide increase vary, Tucker said. The environment people live and eat in is far different from what it was 50 or 100 years ago. Obesity rates didn't start climbing until the late 1970s or early 1980s, he explained.

"That's because very rapidly a few things happened," Tucker said. "That's when fast food became prevalent. Before, people were more in control of what they ate. People sat down and had meals. People planned ahead. 'What are you going to eat? What are you having for supper tonight?'"

Picking up what is admittedly a tasty fast meal, but loaded with calories, makes it hard for a person to control what they're eating, he said.

"It takes a very conscientious person to work around that. I do this for a living and I'm lean, but it's because I'm very much aware of the situation," Tucker said.

The findings were published recently in the Journal of Obesity.

Dr. Ethan Lazarus, president of the Obesity Medicine Association, said he had not seen the issue of obesity studied in this way before.

"It definitely points to the idea that obesity is not an equal opportunity employer. It's unfortunately disproportionately affecting already marginalized groups with less access to care," noted Lazarus, who was not part of the study.

One reason for the greater impact on women may be that they have experienced more environmental changes than men have in the last five decades, with greater numbers in the workforce and also caring for families, he said.

"I think you see a lot published these days about higher levels of stress and lower amounts of sleep, and more time sitting and more time staring at computer screens," Lazarus said. "That's become the normal American job is to sit in front of a computer all day and then we get home and we're so tired all we can do is sit on the couch and play with the phone. It's like we're never unplugged."

Lazarus also pointed to the foods Americans eat, coming from a box with high quantities of sugar and little nutritional value, as a factor.

"What we look at as a normal diet in America, I think is fueling this epidemic," Lazarus said.

He suggested rethinking values of making money and working more hours and instead refocusing on personal health.

For those who are already living with obesity, the Obesity Medicine Association suggests healthy nutrition, counseling on physical activity and what it calls intensive lifestyle intervention, which addresses issues that lead to weight gain, such as stress, sleep deprivation and social events. A variety of new medications can also target obesity, Lazarus said.

For people with more advanced or more complicated obesity, there are surgical options, Lazarus said.

Tucker said he would like to see more education based on well-established principles of healthy eating from a young age, including not rewarding young people with food and encouraging fruits and vegetables.

"I think knowing at a young age with the medical community involved, with schools involved, we don't want people to become obsessed and think that their worth is in their weight," Tucker noted.

The U.S. Centers for Disease Control and Prevention has more on overweight and obesity.