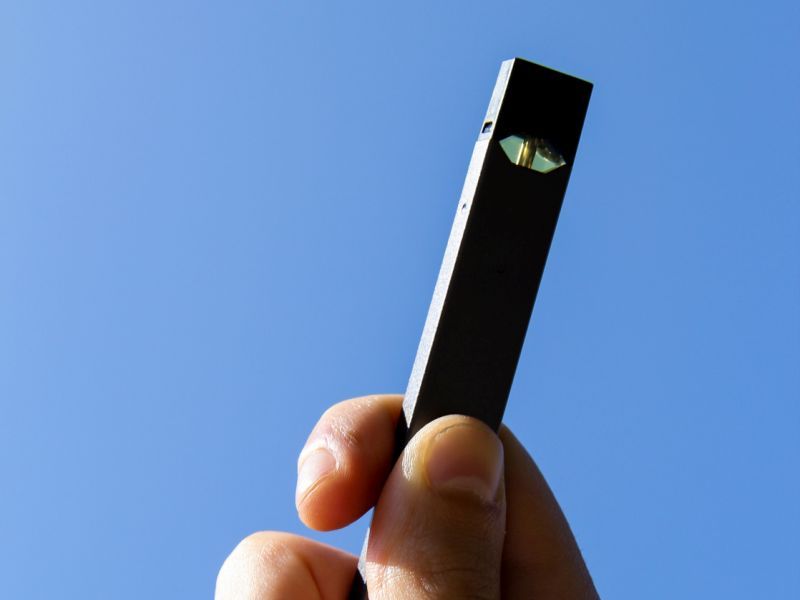 The U.S. Food and Drug Administration on Thursday ordered Juul Lab's to pull its e-cigarettes off the American market.

"The agency has dedicated significant resources to review products from the companies that account for most of the U.S. market. We recognize these make up a significant part of the available products and many have played a disproportionate role in the rise in youth vaping," Califf said in an agency news release.

At one time, Juul controlled 75% of the e-cigarette market, the New York Times reported. Juul is expected to appeal the decision.

"Measured in lives lost and potential destroyed, FDA's staggering indifference to ordinary Americans and their right to switch to the vastly safer alternative of vaping will surely rank as one of the greatest episodes of regulatory malpractice in American history," AVM President Amanda Wheeler said in a statement, the Times reported.

The FDA has already banned the sale of fruit-flavored e-cigarettes after critics claimed the products targeted teens. Regulators have since been reviewing thousands of applications for vaping products after tightening oversight of the electronic cigarette market.

Juul can challenge the expected ruling one of three ways: appeal the decision through the FDA; file a challenge in court, or file a revised application for its products.

Juul's submission to the FDA included only its menthol and Virginia Tobacco flavors. The company also pitched a new device that would only unlock for users who were 21 or older.

Juul's popularity among young people is lower than it was in the past: It is now considered the No. 4 brand among high schoolers, according to a federal study released last September, the Wall Street Journal reported.

Underage vaping in general has dropped since federal restrictions raised the age to buy any tobacco products to 21, the WSJ added.