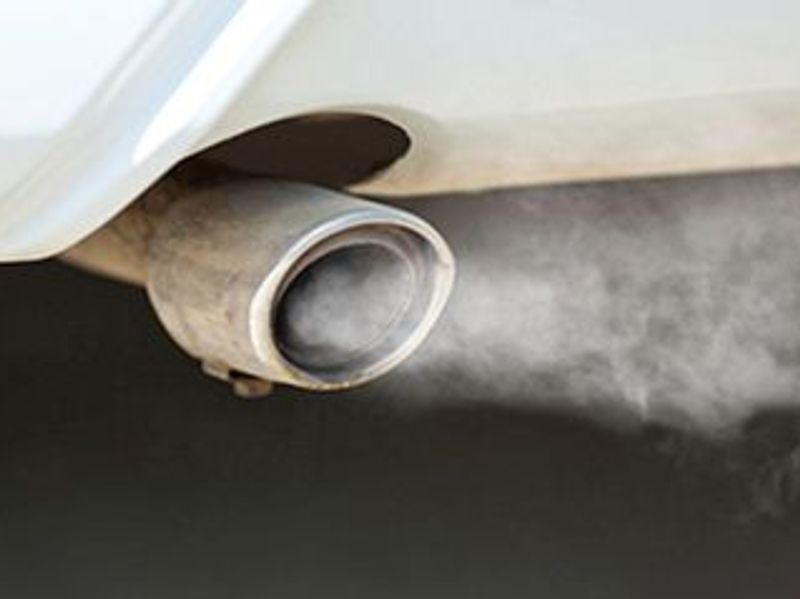 Breathing in air pollution can lead to toxic particles entering the brain -- and not just through the nose. New research suggests they have a direct pathway through the bloodstream, potentially contributing to brain disorders and neurological damage.

"There are gaps in our knowledge around the harmful effects of airborne fine particles on the central nervous system. This work sheds new light on the link between inhaling particles and how they subsequently move around the body," said study co-author Iseult Lynch, a professor at the University of Birmingham in the United Kingdom.

"The data suggests that up to eight times the number of fine particles may reach the brain by traveling, via the bloodstream, from the lungs than pass directly via the nose -- adding new evidence on the relationship between air pollution and detrimental effects of such particles on the brain," she said in a university news release.

The inhaled particles can enter the bloodstream after crossing the air-blood barrier. They eventually reach the brain. This can lead to damage of the brain-blood barrier and surrounding tissues as they do. Once these particles reach the brain, they stay there longer than in other main metabolic organs, Lynch and her colleagues said.

In this study, the international researchers found various fine particles in human cerebrospinal fluids taken from patients who had experienced brain disorders.

The team noted that recent evidence has shown a strong link between high levels of air pollution and marked neuroinflammation, Alzheimer's-like changes and cognitive problems in older people and even in children.

Air pollution is filled with toxic components, but experts are most concerned about particulate matter (PM), especially ambient fine particles such as PM2.5 and PM0.1 because of their impact on health. Ultra-fine particles can escape the body's protective systems, including sentinel immune cells and biological barriers.

The researchers said the findings offer new evidence in proving the risks from particulate pollution to the central nervous system. They recommended more investigation into the mechanics of how inhaled ambient fine particles reach the brain.

The U.S. Environmental Protection Agency has more on particulate matter.