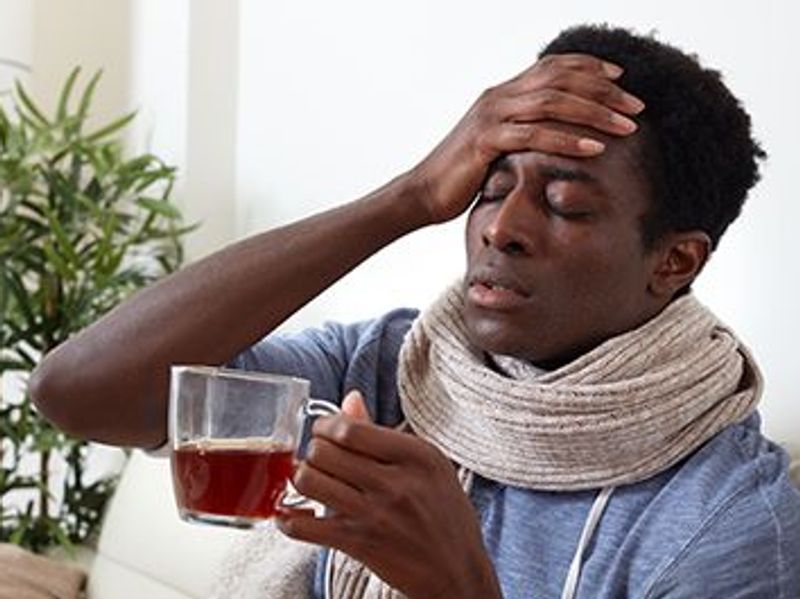 A small area of your brain triggers the familiar symptoms of fever, chills, fatigue and loss of appetite when you have a viral or bacterial infection, new animal research suggests.

The findings could eventually lead to ways to reverse this process when symptoms pose a risk to patients, such as when a fever gets too high or people don't eat or drink enough, according to the Harvard University scientists.

It was already known that in response to information from the immune system, the brain causes symptoms of illness when people get sick. But how and where this happens in the brain had remained a mystery.

In the new study with mice, the researchers pinpointed about 1,000 previously unidentified neurons near the base of the brain that induce symptoms of sickness in response to infection. However, animal research doesn't always pan out in humans.

The neurons are in an area of the hypothalamus, a part of the brain that controls key functions that keep the body in a balanced, healthy state. Located right next to a permeable section of the brain called the blood-brain barrier, which helps circulates blood to the brain. These neurons have receptors that detect molecular signals from the immune system, an ability most neurons don't have.

"It was important for us to establish this general principle that the brain can even sense these immune states," because this "was poorly understood before," said study author Jessica Osterhout. She is a postdoctoral researcher in the lab of Catherine Dulac, a professor of molecular and cellular biology and of arts and sciences at Harvard University.

"If we know how it works, perhaps we can help patients who have difficulty with these kinds of symptoms, like chemo patients or cancer patients, for example, who have a very low appetite but there's really nothing we can do for them," Osterhout noted in a Harvard news release.

The original goal of the study, published June 8 in the journal Nature, was to examine what's known as the fever effect in people with autism. It refers to a reduction in autism symptoms when a patient has infection symptoms such as a fever.

The researchers wanted to find the neurons that generate fever and link them to neurons involved with social behavior. Instead, they found neurons that are activated when a mouse is sick.

The team plans further investigation into other effects of the neurons they identified in this study and to revisit the fever effect in people with autism.

There's more on fever at the U.S. National Library of Medicine.