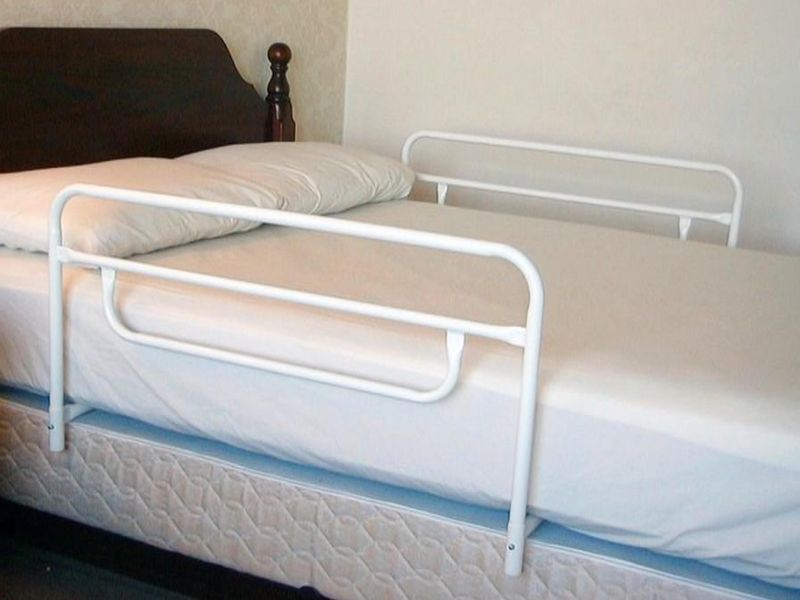 Feds Warn of Bedrails That Can Entrap; 3 Deaths Reported

At least three elderly Americans suffocated after getting trapped in Mobility Transfer Systems adult portable bedrails, and the U.S. Consumer Product Safety Commission (CPSC) says anyone who has the rails should stop using them immediately.

Neither company has agreed to recall the 285,000 bedrails they've sold or to offer consumers a safety solution, according to CPSC. It added that it is weighing future possible action.

The agency said patients can become trapped between the bedrail and mattress, or within portions of the bedrail itself, leading to asphyxia. At least three people have died after becoming entrapped in one model of the bedrails.

The bedrails were sold at Walmart.com, Amazon.com, MTSMedicalSupply.com, VitalityMedical.com, Alimed.com, and other online retailers for between about $30 and $170. The bedrails are also offered for sale on secondhand sites, such as eBay.

Anyone with the bedrails should immediately stop using them, then disassemble and dispose of them, CPSC advised.

The warning applies to the following products:

The name "Mobility Transfer Systems" and the model number are on a label located on the grip handle of the bedrails, which are made of white or chrome metal tubing. Look here for photos of the models in question.

While meant to be safety devices, bedrails and bed handles that have killed hundreds of mostly elderly Americans are still being sold, according to CBS News.

In March, two manufacturers announced separate recalls for 377,000 adult portable bedrails linked to the deaths of four elderly people in the United States.

That month, the CPSC agreed to start looking at developing regulations to target the risks posed by the rails, which "have trapped and strangled older adults at alarming rates," Rich Trumka Jr., a CPSC commissioner, said in a statement.

He noted that there were at least 129 bedrail-associated deaths between the time that more than 60 public health groups petitioned the CPSC to take such action and when the CPSC granted the request, CBS News reported.

There's more on bedrail safety at the U.S. Food and Drug Administration.