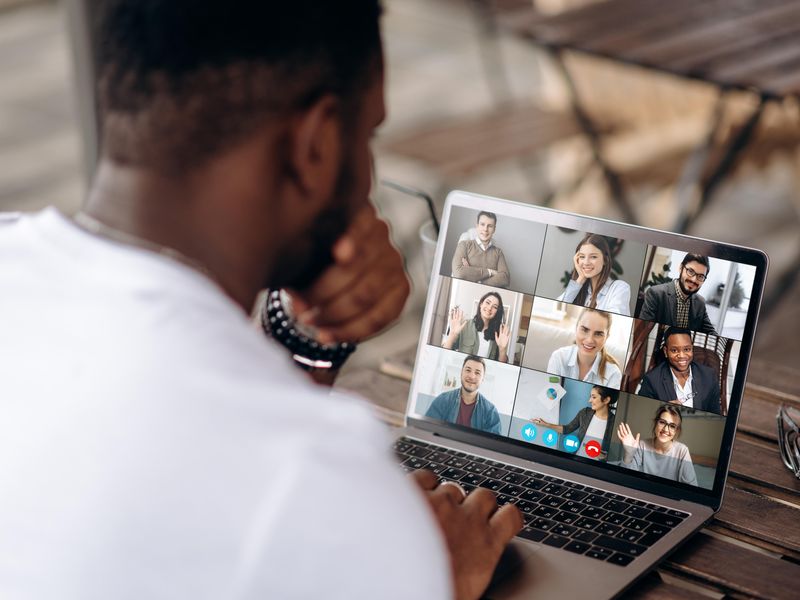 Zoom meetings became the lifeblood of many workplaces during pandemic, but a new study points to a downside: They may limit employees' capacity for creative thinking.

In experiments with workers in several countries, researchers found two broad phenomenon: Coworkers tended to be less adept at generating creative ideas when they communicated by video, versus in-person. But virtual meetings did not harm -- and may have actually helped -- their ability to zero in and make decisions.

The takeaway, experts said, is that all this workplace Zooming is neither good nor bad. But certain job tasks may be better suited to virtual communication than others.

Despite a lot of "hand-wringing" about the potential demise of workplace interaction, there are actually many similarities between video and in-person conferencing, said Melanie Brucks, one of the researchers on the new study.

"But one major difference is the physical environment," said Brucks, an assistant professor at Columbia Business School in New York City.

When coworkers are in the same room, they can feel free to look around, move around, window-gaze -- to essentially let their eyes and minds wander. And when it comes to creative thinking, Brucks said, wandering is good.

In contrast, video conferencing creates a very different "shared environment," where your coworker exists in a box on your device screen.

"If you even look off to the side, you've 'left' your shared environment," Brucks said. So people generally confine their visual focus to the computer screen, which also narrows their "cognitive focus."

There is nothing wrong with laser-like focus, Brucks said. She noted that virtual workplace meetings may foster efficiency, in contrast to in-person meetings that can sometimes veer into tangents.

Creativity, however, depends on allowing tangents.

The findings, published in the journal Nature, are based on two study groups: 602 people who took part in a lab study, and 1,490 employees of a large telecommunications company who were studied at their workplaces in five different countries.

People in the lab study were randomly broken into pairs and given a creative task to conquer, either in person or virtually. Each team had to come up with as many creative uses for a product (a Frisbee or bubble wrap) as they could muster in five minutes, then pick their most innovative idea.

Overall, the study found, in-person pairs conjured up more ideas. They were no better, however, at selecting their best one (as judged by the researchers); in fact, the videoconferencing pairs had a bit of an edge there.

The findings were similar in the workplace setting, with in-person pairs winning when it came to creativity, but not decision-making.

The lab study also supported the notion that the confined physical focus of Zooming is the underlying issue. Using eye-tracking technology, the researchers found that the video-call pairs spent a great deal of time staring at the computer screen, rather than looking around.

That, it seemed, was to their detriment, because teams who spent more time "gazing around the room" tended to generate more creative ideas.

The findings do make sense, said Ana Valenzuela, a professor of marketing at the Baruch College Zicklin School of Business in New York City.

She pointed to a psychology concept called embodied cognition, the idea that our mental processes are intertwined with the body -- how it moves and interacts with the physical environment. If you are physically in "tunnel vision" mode, it's harder to be expansive in your thinking and possibly stumble upon the next great idea.

"Serendipity does not happen over Zoom," said Valenzuela, who was not part of the study.

But like Brucks, she stressed that video communication is not "bad." It simply may not be optimal for certain tasks.

Since the start of the pandemic, many companies have adopted a hybrid approach, allowing employees to alternate between working from home and coming into the office. Studies predict that even once the pandemic ends, about 20% of all U.S. workdays will be conducted remotely.

Studies like the latest one, Valenzuela said, will help companies figure out how to make the best use of in-office and home-office time.

Along with using eye-tracking, the researchers did look at whether other differences emerged between in-person and virtual interactions. In general, though, there were few: Whatever the mode of communication, coworkers spoke just as much, responded to facial expressions similarly and showed an equal degree of trust in each other.

But there is another difference between them: When people Zoom, they are often seeing themselves onscreen, too.

In this study that was not the case, as coworkers only saw their partner onscreen during the task. Both Valenzuela and Brucks said that might have narrowed those participants' cognitive focus even more, since people could get caught up in judging their own appearance.

The University of Colorado has tips for preventing 'Zoom fatigue.'