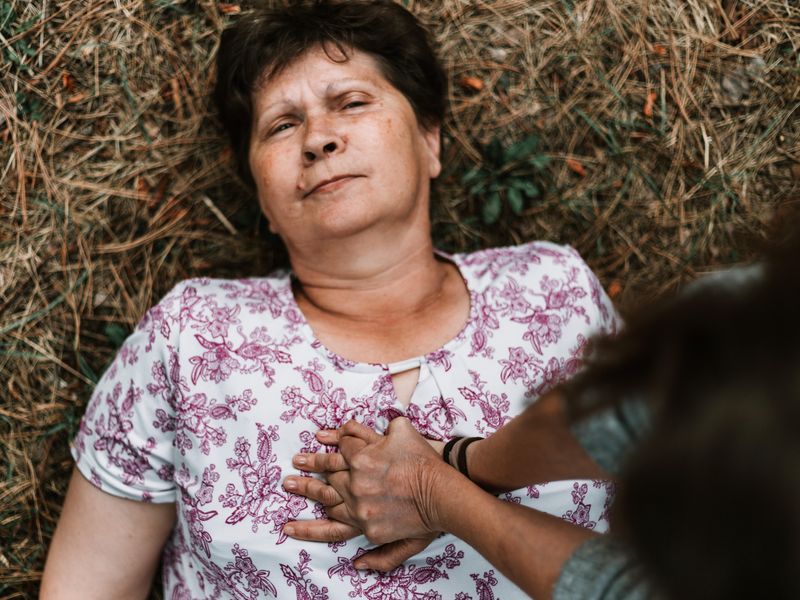 If you collapse in a public place from a cardiac arrest, your chances of receiving lifesaving cardiopulmonary resuscitation (CPR) are substantially better if you're white instead of Black or Hispanic, a new study finds.

Black and Hispanic individuals who have out-of-hospital cardiac arrests that others witness are less likely to receive bystander CPR than white people are, whether the cardiac arrest happens at home or in a public place, researchers discovered.

"In the U.S., there are approximately 350,000 cardiac arrests that occur outside of the hospital each year. Through prior reports, I learned that there are significant disparities in surviving this condition in Black and Hispanic communities," said Dr. Raul Angel Garcia, lead study author and fellow in training at Saint Luke's Mid America Heart Institute in Kansas City, Mo. "I found that this disparity was a little unsettling, but at the same time important to better understand."

Not a heart attack

Cardiac arrest is the sudden loss of heart function, often because the heart's electrical system has malfunctioned, according to the American Heart Association. It is not a heart attack and it can be fatal if proper steps aren't taken immediately.

The researchers had hypothesized that the racial disparities in CPR would be narrower in public places, but found that not to be true, said study co-author Dr. Paul Chan, a professor of medicine at the University of Missouri-Kansas City School of Medicine.

"We don't understand why those disparities not only persisted in the public arena but were apparently even greater. The speculation is that there could be issues of bias, whether explicit or implicit," Chan said. "And what was striking for us was that this was not only present in white communities, but also Black and Hispanic communities."

To study the issue, the investigators analyzed 110,000 bystander-witnessed cardiac arrests that happened in settings other than hospitals between 2013 and 2019.

Less access to CPR training or to emergency dispatchers who can communicate in a language other than English could help to explain some of the disparities in receiving CPR at home, Chan said.

One solution may be thinking creatively about offering low-cost CPR instruction to vulnerable populations who may not historically have had access to training, the authors suggested.

Revising training materials may also help, Chan said. For example, training videos could include scenarios where bystanders or a person experiencing cardiac arrest are people of color. The mannequins used for training could also have more diverse skin colors.

"That's the first thing we need to do," Chan said. "We also need to make a really aggressive effort to offer bystander CPR training for free in Black and Hispanic communities."

If a community has a large population that speaks a specific language, such as Nigerian or Cuban, for example, it may help if there are dispatchers available who also speak those languages, Garcia suggested. That would enable someone in a home or public setting to provide guided CPR assistance in a crisis, without language as a barrier.

"Unfortunately, we don't have a lot of data that can capture, nationally, what is the success of dispatcher-assisted CPR," Garcia said.


He called for better tracking of that data for future study.

The researchers also noted that overall rates of bystander CPR were low across all racial groups.

Dr. Gina Lundberg is a cardiologist in Atlanta and a member of an American College of Cardiology work group on disparities of care.

She expressed surprise at the study results, including the disparities for those experiencing cardiac arrest in their homes. Ensuring that Black and Hispanic communities receive more access to training and opportunities to practice CPR skills might help, she suggested.

Sometimes people are not comfortable initiating CPR, Lundberg explained, because they are uncertain about hurting someone, not knowing how hard to press or how fast to go.

"That's a place to start," said Lundberg, who was not involved in the study.


Another starting point could be emulating a program in Georgia in which all high school seniors are required to learn CPR before graduation, Lundberg suggested.

Minutes can make a huge difference for someone who has had a cardiac arrest. CPR keeps the blood circulating to the brain, heart and vital organs until someone can use an AED or defibrillator, Lundberg said.

"CPR is a bridge until the real treatment arrives. Most people don't recover, just getting CPR. They need the electrical shock that you would deliver with the AED or the defibrillator," Lundberg said.

The findings will be presented Sunday at the American College of Cardiology's annual meeting in Washington, D.C. Findings presented at medical meetings should be considered preliminary until published in a peer-reviewed journal.

The American Heart Association has more on CPR.