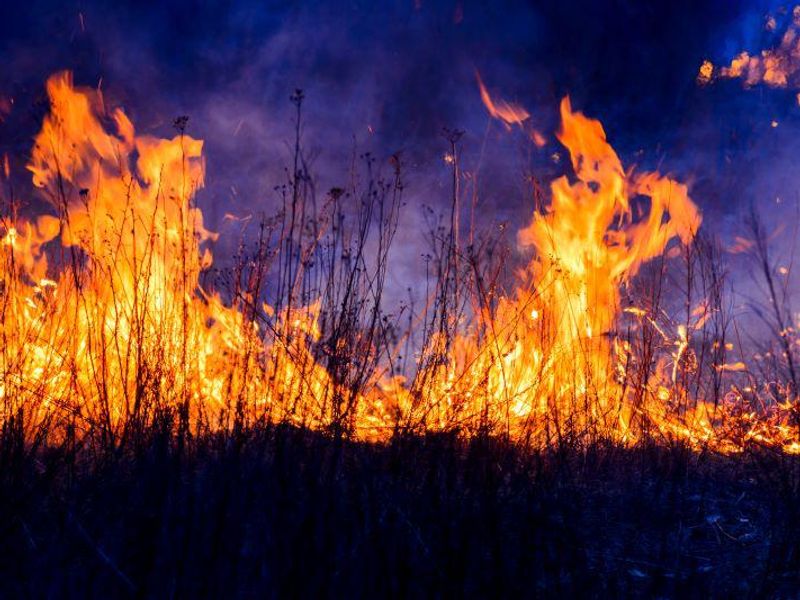 U.S. wildfires have become larger, more frequent and more widespread in the past two decades, and the situation will become even worse in the future, a new study warns.

"Projected changes in climate, fuel and ignitions suggest that we'll see more and larger fires in the future," said lead author Virginia Iglesias, a research scientist at Earth Lab, at the University of Colorado Boulder. "Our analyses show that those changes are already happening."

For the study, researchers analyzed data on more than 28,000 wildfires that occurred in the United States between 1984 and 2018 and found more fires in all regions of the 48 lower states between 2005 and 2018 than in the previous two decades.

In the West and Great Plains, the largest wildfires grew bigger and occurred more often in the 2000s, and large fires were more likely to happen around the same time as one another.

"More and larger co-occurring fires are already altering vegetation composition and structure, snowpack and water supply to our communities," Iglesias said. "This trend is challenging fire-suppression efforts and threatening the lives, health and homes of millions of Americans."

The study also showed an increase in the size of fire-prone areas in all parts of the 48 lower states in the 2000s. That means that along with the distance between individual fires getting smaller than before, fires are now occurring in areas that did not burn in the past.

The study was published March 16 in the journal Science Advances.

The U.S. Centers for Disease Control and Prevention has more about the health risks posed by wildfire smoke.