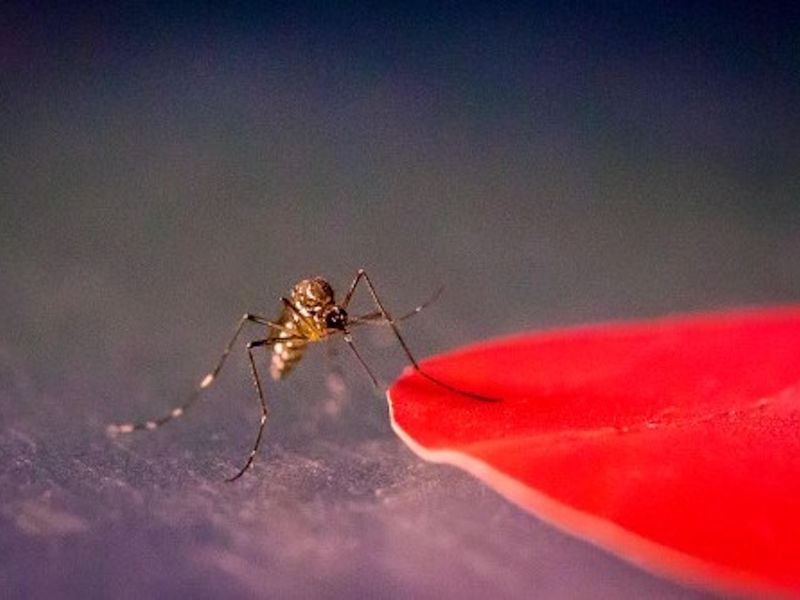 Seeing Red: Why Mosquitoes Make a Beeline for Your Skin

TUESDAY, Feb. 8, 2022 (HealthDay News ) -- Mosquitoes see red when they look at your skin, and that brings them in for a bite, according to research showing that these insects find certain colors more attractive.

The findings mean that what you wear can reduce your chances of being bitten, but there's little you can do in terms of your skin. That's because everyone's skin gives off a strong red-orange signal that's highly attractive to mosquitoes.

"I used to say there are three major cues that attract mosquitoes: your breath, your sweat and the temperature of your skin," said senior study author Jeffrey Riffell, a professor of biology at the University of Washington in Seattle. "In this study, we found a fourth cue: the color red, which can not only be found on your clothes, but is also found in everyone's skin. The shade of your skin doesn't matter, we are all giving off a strong red signature."

Researchers found that when a common species of mosquito called Aedes aegypti detects carbon dioxide (CO2) from our breath, it then looks for specific colors -- including red, orange, black and cyan -- to find its meal of blood.

But they ignore colors such as green, purple, blue and white, according to findings published Feb. 4 in the journal Nature Communications.

"Mosquitoes appear to use odors to help them distinguish what is nearby, like a host to bite," Riffell said in a university news release. "When they smell specific compounds, like CO2 from our breath, that scent stimulates the eyes to scan for specific colors and other visual patterns, which are associated with a potential host, and head to them."

That process is similar to when a person smells something good.

"Imagine you're on a sidewalk and you smell pie crust and cinnamon," Riffell said. "That's probably a sign that there's a bakery nearby, and you might start looking around for it. Here, we started to learn what visual elements that mosquitoes are looking for after smelling their own version of a bakery."

Knowing which colors do or don't attract mosquitoes may lead to better repellents, traps and other methods to ward off mosquitoes.

The study authors said further research is needed to learn how other visual and odor cues, such as skin secretions, help guide mosquitoes to their victims.

Learn how to prevent mosquito bites at the U.S. Centers for Disease Control and Prevention.