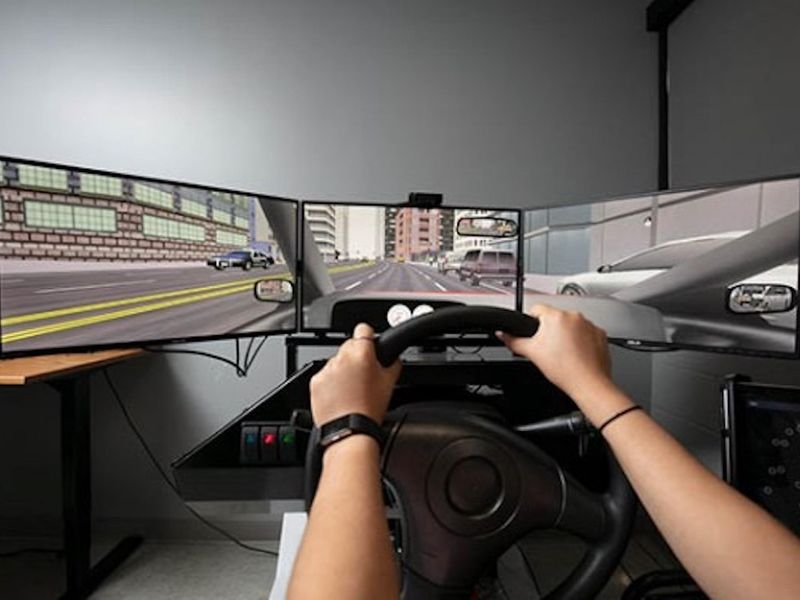 You smoked a joint an hour and a half ago. Now it's worn off enough that you feel fine to get behind the wheel.

But you're fooling yourself, a new study says. You're likely about to drive under the influence of weed, endangering yourself and others.

Marijuana smokers who feel they're sober enough to drive usually are still too impaired to operate a vehicle safely, researchers report.

University of California, San Diego researchers handed out joints of varying potency to 191 regular cannabis users, and asked them to smoke as they would at home to get high. That way, the results would reflect people's real-life pot use.

Then the participants were asked to perform a computerized driving simulation at regular intervals, testing how safely they drove as their high wound down over time.

Weed smokers' driving performance started to improve around 3.5 hours after smoking, although it took a full 4.5 hours for them to drive as well as people in a placebo group, findings showed.

But pot users started thinking they could safely drive starting around 90 minutes after getting high, a full two hours before they actually started to sober up, researchers discovered.

"Right after smoking, about half of the people said they would not drive, they were feeling too impaired. But once we got out to 90 minutes, people were starting to feel it was wearing off and they were doing better, and so they were increasingly more likely to go on the road," said lead researcher Thomas Marcotte, co-director of the Center for Medicinal Cannabis Research at the UC San Diego School of Medicine.

"In reality, on the driving simulator their performance had not changed. They were performing the same but they felt better, and felt it was wearing off," Marcotte said.

Even people who are well-intentioned and conscientious might not understand how high they really are and choose to get behind the wheel, Marcotte said.

The study "proves that just like alcohol, the only thing that's going to sober you up is time," said Alex Otte, president of Mothers Against Drunk Driving.

"Something we always talk about with alcohol is that the plan has to be made before you take that first drink, because once you take the first drink, your perception is impaired," Otte continued. "This study has proved that with marijuana as well. It's very concerning to me that they couldn't judge they were impaired."

People high on pot "can find it difficult to react quickly to make split-second decisions such as when to brake, accelerate or swerve to avoid a collision," said Pat Aussem, associate vice president of consumer clinical content development at the Partnership to End Addiction.

"They may have problems with divided attention, meaning it's more challenging to handle road conditions, the weather, speed, other drivers nearby, all at once," Aussem noted. "They are also more likely to weave into another lane, which may catch another driver off-guard and lead to an accident."

In the study, the participants were randomly assigned to smoke joints that contained different levels of THC potency -- 13.4%, 5.9% or a "placebo" dose of 0.02%

The folks smoking the weaker weed achieved similar levels of blood THC and driving impairment as the people partaking in the high-potency pot, Marcotte said. Both groups seemed to smoke whatever it took to reach the same high when they followed their real-world habits.

The results were published recently in the journal JAMA Psychiatry.

No reliable test for pot impairment

Other findings from the study appear to complicate ongoing efforts to identify and stop stoned driving, however.

While people smoking THC-laced weed generally drove worse than those in the placebo group, only about half displayed significantly diminished driving skills, researchers observed.

"The difficulty is in knowing who can drive relatively safely and who is impaired," Aussem said.

There's also bad news for attempts to create a THC blood test that police could use to prove a person is driving stoned, similar to blood alcohol tests.

Researchers found that the "relationship between blood THC concentrations and performance was nonexistent," Marcotte said. People drove impaired even with low blood THC levels, likely because the body processes the pot chemical differently from the way it does alcohol.

"THC distributes very differently than alcohol," Marcotte said. "Within the first hour, about 90% of it is out of your blood and it's on to your brain and other body organs, whereas alcohol kind of hangs around."

Police will have to rely on their own judgment and the standard road sobriety test to bust people who are driving while stoned, at least until some other way is found to reliably test for weed intoxication, Marcotte said.

Cops in states such as Alabama and Michigan are using oral swab tests to determine if people have been using drugs, but the tests aren't foolproof in determining whether someone is driving while intoxicated, Aussem said.

"We need more research to develop tools to identify impaired drivers. While oral fluid tests are useful to detect recent use of various drug classes for screening purposes, they are not able to determine impairment," Aussem said.