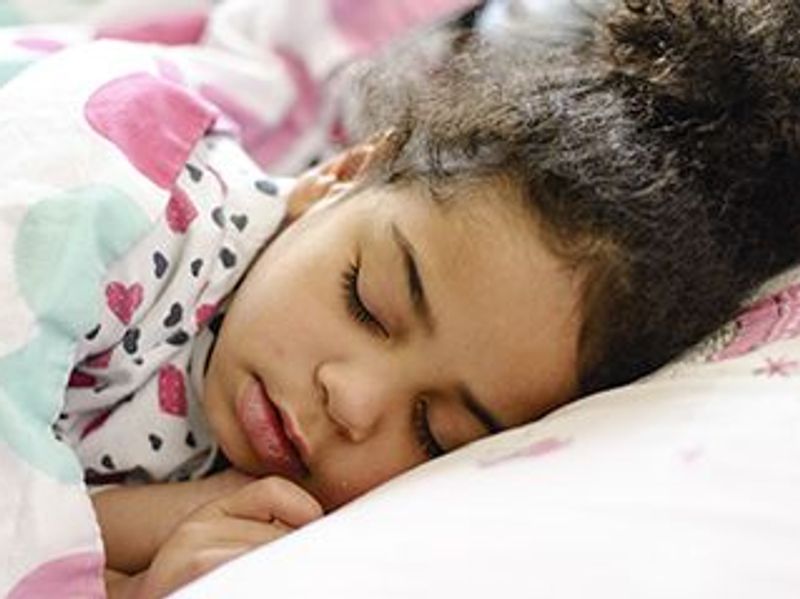 It's crucial to keep preschoolers away from screens and other sources of light in the hour before bedtime if you want them to get a good night's sleep, researchers say.

That's because even a little bit of light exposure can trigger a sharp drop in the sleep-promoting hormone melatonin, according to the research team at the University of Colorado Boulder.

"Our previous work showed that one, fairly high intensity of bright light before bedtime dampens melatonin levels by about 90% in young children," said study first author Lauren Hartstein. She is a postdoctoral fellow in the university's Sleep and Development Lab.

"With this study, we were very surprised to find high melatonin suppression across all intensities of light, even dim ones," Hartstein said in a university news release.

For the study, Hartstein and her colleagues had 36 healthy children, aged 3 to 5, wear a wrist monitor that tracked their sleep and light exposure for nine days.

For the first seven days, parents kept the children on a stable sleep schedule to normalize their body clocks. On the eighth day, the researchers placed black plastic on the windows and kept the lights dimmed in the children's homes to create an environment with minimal light.

On the last day of the study, the children were asked to play games on an illuminated table in the hour before bedtime. The table's light intensity varied between children, ranging from 5 lux to 5,000 lux. (One lux is defined as the light from a candle that is about 3 feet away.)

Saliva samples revealed that melatonin was 70% to 99% lower on the night when children were exposed to the light table than on the previous nights with minimal light, the study authors said.

There was little-to-no association between how bright the light was on the last night and the declines in melatonin levels, according to the study published recently in the Journal of Pineal Research.

The findings showed that melatonin fell an average of 78% in response to light at 5 to 40 lux, which is much dimmer than typical room light. Even 50 minutes after the light was turned off, melatonin did not rebound in most of the children.

Why are children so sensitive to light?

Because children's eyes have larger pupils and more transparent lenses than adults, light streams into them more freely, the researchers noted.

"Kids are not just little adults," said senior study author Monique LeBourgeois, an associate professor of integrative physiology. "This heightened sensitivity to light may make them even more susceptible to dysregulation of sleep and the circadian system."

The study authors pointed out that half of children use screen media before bed, and said these findings are a reminder to parents to turn off electronic gadgets and keep light to a minimum before bedtime to help children get a good night's sleep.

The American Academy of Pediatrics has more on healthy sleep habits.