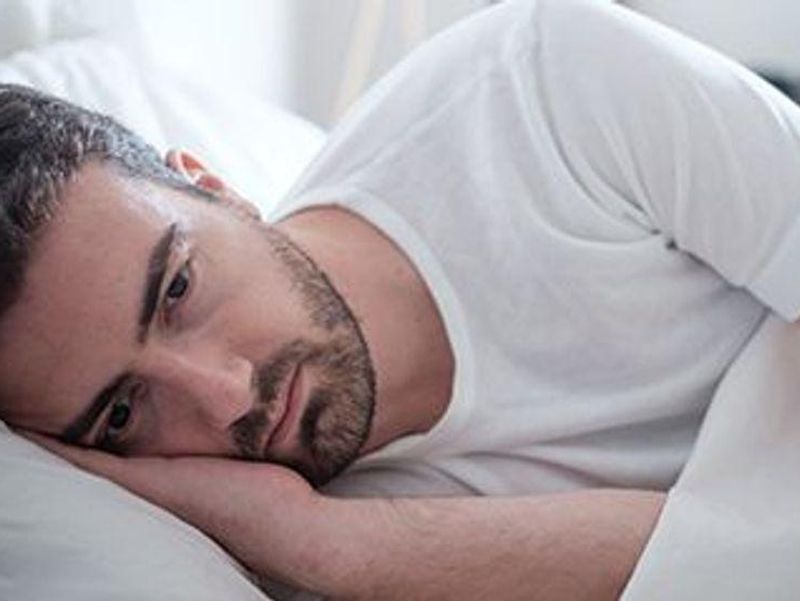 Marijuana Can Really Mess With Your Sleep, Study Suggests

Many folks turn to pot to help them relax and get a good night's sleep, but new research finds the practice may do the exact opposite.

"I think [the results] were somewhat surprising because, in our mind, anecdotally cannabis seems to help with sleep, but … the evidence to support that notion is just not there yet," said senior study author Dr. Karim Ladha. He is an anesthesiologist and clinician scientist in the University of Toronto's department of anesthesia and pain medicine.

Experts recommend getting about seven to nine hours of sleep every night, but getting too little or too much can both have negative impacts, said study first author Dr. Calvin Diep, an anesthesia resident at the University of Toronto.

"When we talk about ideal sleep duration, at least there seems to be an optimal range of sleep, or a Goldilocks effect," Diep said. "If you're sleeping less than some amount, it seems to increase your risk of long-term cardiovascular issues such as atherosclerosis or even the risk of events such as heart attacks and strokes. But then on the other end, the literature has also found in large-scale population studies that for people that seem to be oversleeping or sleeping greater than eight or nine hours … the same risks also arise long term."

Using data from the 2005 to 2018 U.S. National Health and Nutrition Examination Survey, the research team found that recent cannabis use was linked both to getting too much sleep and to getting too little sleep. The new included nearly 22,000 individuals who answered all the questions on sleep duration and sleep problems, cannabis used and other potentially influential factors, including data on health issues, prescriptions and alcohol use.

The researchers further analyzed the data in terms of moderate and heavy users of the drug. Those who had used it fewer than 20 of the past 30 days were 47% more likely to sleep too much.

This suggests a response to a particular dose, Ladha said, although the study did not prove that marijuana use actually causes sleep problems.

As cannabis has been decriminalized for medical and recreational uses in many U.S. states, about 45 million U.S. adults in 2019 reported using cannabis -- double the number who were using it in the early 2000s.

The findings were published Dec. 6 in the journal Regional Anesthesia & Pain Medicine.


It makes sense that cannabis would influence sleep and wake cycles, because humans have cannabinoid receptors throughout their bodies and in multiple parts of their brains, explained Dr. Bhanuprakash (Bhanu) Kolla, an associate professor of psychiatry and psychology and a consultant in the Center for Sleep Medicine at the Mayo Clinic in Rochester, Minn.

"We know from some initial research that when you are naive to cannabis and start using it, at least the first one or two times, you're going to sleep a little better and you perceive your sleep quality to have improved, but those are very small studies done very short-term," Kolla said.

"More importantly, we know that when people regularly use cannabis or have a cannabis use disorder or addiction, when they stop using cannabis there is significant sleep disruption. That's part of the withdrawal syndrome from the cannabis," Kolla noted.

Sleep is a pillar of health like diet and exercise, impacting reaction times, thinking and metabolism, he said.

"If we want medical use for cannabis, we need to be treating it like we treat other medicines," Kolla said.


That would include extracting the components to create a consistent chemical structure, quality control, a randomized trial and approval by a regulatory organization, he added.

In the meantime, if someone is considering using cannabis to help with sleep issues, Ladha said they should consult with their health care provider.

"The point of this study is not to say that cannabis is bad for sleep categorically. It's just there's probably more to this issue than we currently understand," Ladha said.

The U.S. National Center for Complementary and Integrative Health has more on cannabis.